Tottenham are interested in signing Real Madrid and Spain midfielder Isco, 24, in January or next summer. (ESPN)

Championship side Nottingham Forest are close to agreeing a £50m sale to an American consortium. (Daily Telegraph)

Inter Milan have made a £13.5m bid for Manchester United defender Matteo Darmian, 26, who has yet to play a Premier League game this season. (Leggo via Eurosport)

Antonio Conte, 47, still has the trust of Chelsea and is staying as their manager despite sudden speculation he was close to losing his job. (Sporting Life)

Bruce has been promised he will be given more money to improve the Villa squad in January. (Daily Telegraph)

Barcelona defender Gerard Pique, 29, says he would like to become the club's president after he retires. (El Pais, via TV-3 - in Spanish)

Porto's 38-year-old goalkeeper Helton said he had not actually been notified he was leaving - despite the club announcing publicly they had terminated his contract. (Globo - in Portuguese)

Danish side FC Copenhagen have been in discussions with clubs across northern Europe over forming a breakaway super league in a bid to improve revenues. (BT - in Danish)

Former Manchester United boss Sir Alex Ferguson was so determined not to sell Cristiano Ronaldo to Real Madrid that he tried to arrange the Portuguese forward a move to Barcelona instead. (AS - in Spanish)

Chelsea winger Willian, 28, will miss Saturday's home game against Leicester City after being granted compassionate leave following the death of his mother.(Daily Mail)

Sunderland striker Jermain Defoe, 34, says "soft" players have made excuses for the team's poor start to the Premier League season.(Sun)

Bastian Schweinsteiger may be exiled from the Manchester United first team but he is keen to show he is still keeping in shape, posting a gym selfie. (Instagram) 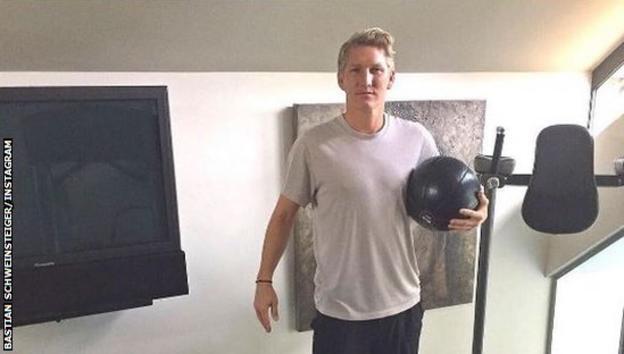 Meanwhile injured Manchester United defender Luke Shaw posted a picture on Twitter of him going through his fanmail and wrote: "Going through all your letters and post, thanks for the support!"(Twitter) 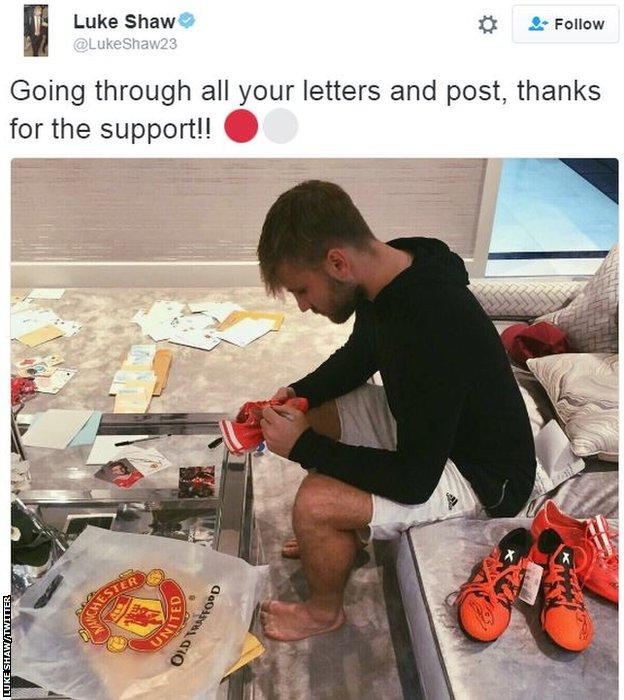 Stoke City's Geoff Cameron has tweeted his best wishes to former US team-mate Clint Dempsey, who has had a heart procedure. Stoke's Cameron wrote: "Thoughts and prayers are with you homie @clint_dempsey ! Wishing you back to full health! #amigos #family #friends #teammates." (Twitter)

Sunderland forward Adnan Januzaj posted a video of himself in rehabilitation after suffering ankle ligament damage. He wrote: "Getting there." (Twitter)

Manchester United's Anthony Martial uploaded a picture of himself with former France and Arsenal striker Thierry Henry, with the caption: "With a legend." (Instagram) 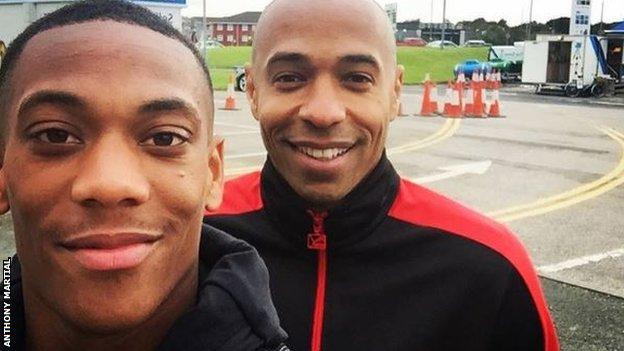 Losing at Fifa to Diego Costa can prove painful - the Chelsea striker has delivered a unique and 'brutal' form of punishment to a friend he beat on the video game. (Goal.com)

Gary Neville says his infamous badge-kissing after Rio Ferdinand's late winner for Manchester United against Liverpool in 2006 would have been worth "a 120-match ban". (Sky Sports)