Gareth Bale, 27, will demand to be paid the same as Cristiano Ronaldo, 31, at Real Madrid, and is expected to earn a gross weekly wage of £750,000. (The Times - subscription required)

Real Madrid midfielder Isco, who has been linked with a move to Tottenham, has no intention of leaving the Spanish giants in January, according to the 24-year-old's father.(Calciometro, via FourFourTwo)

Manchester United winger Memphis Depay, 22, is wanted by Wolfsburg, and the German club could make a move for the Dutchman in the January transfer window. (Bild, via Sun)

The Red Devils are struggling to offload defender Matteo Darmian, 26, and face being priced out of a move for Monaco full-back Fabinho, 22.(Goal)

Everton winger Gerard Deulofeu, 22, will not rule out a return to his former club Barcelona. (Mundo Deportivo, via HITC)

Sunderland boss David Moyes says he would be interested in managing Scotland one day.(Daily Mail)

Former Sunderland boss Gustavo Poyet believes something needs to change inside the Premier League club "at its very core".(Guardian)

Former England goalkeeper David James says he has "no doubt" former club West Ham will stay up this season, despite having played in a relegated side that was deemed "too good to go down". (Evening Standard)

Supporters of Charlton Athletic and Coventry City will march in unison in protest against their owners before the sides face each other on Saturday. (Telegraph)

Former Liverpool and England defender Jamie Carragher has welcomed the return of the Premier League and says international football "is a bore and something drastic must be done". (Daily Mail)

Premier League football is back after the international break... 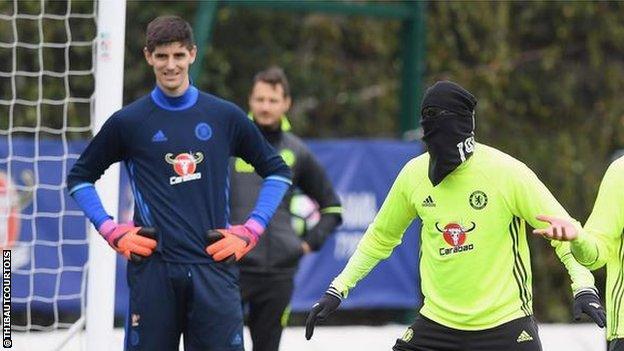 Cristiano Ronaldo shouted "Cristiano is angry" at the watching media after being nutmegged by Real Madrid team-mate Danilo in training. (AS, via Daily Mirror)