Manchester City manager Pep Guardiola has denied trying to sign Barcelona and Argentina forward Lionel Messi, but says he would if the 29-year-old indicated he wanted to leave the Nou Camp. (Guardian)

Guardiola did speak to Barca goalkeeper Marc-Andre ter Stegen, 24, this summer as the German was his number one choice to replace Joe Hart, 29, at Manchester City. (Daily Mail)

Chelsea are ready to bid £49m for AC Milan and Italy defender Alessio Romagnoli in January after having a £35m offer for the 21-year-old rejected in the summer. (Sun)

The Blues are interested in Paris St-Germain centre-back Presnel Kimpembe, but face competition for the 21-year-old from Liverpool and Manchester United. (Sun)

Real Madrid and Portugal defender Pepe, 33, will consider a move to Chelsea unless he gets the two-year contract he wants from the Spanish club. (Daily Mirror)

Arsenal manager Arsene Wenger says France striker Olivier Giroud, 30, still has a future at the club even though he is yet to start a Premier League game this season. (Daily Express)

Frenchman Wenger is confident the Gunners will keep their best players, if they win trophies. (Telegraph)

Liverpool want to sign Switzerland defender Fabian Schar, 24, from German club Hoffenheim, but may have to wait until next summer to do so. (Daily Star)

Manchester United have been linked with Valencia midfielder Fran Villalba - but the 18-year-old Spaniard revealed on Twitter he has signed a new four-year contract.

Paris St-Germain and Brazil centre-back Thiago Silva's contract expires next summer, and his agent says the 32-year-old has had offers from "three or four big teams" but would prefer to stay with the French club. (Le Parisien via Daily Mail)

England striker Wayne Rooney says he still has "a lot of football left" in him, despite the 30-year-old having started Manchester United's past four games on the bench. (Manchester Evening News)

Former England boss Roy Hodgson could be offered a route back into the game at the age of 69 with a potential £8m-a-year contract if he decides to manage in the Chinese Super League. (Daily Mirror)

Manchester United forward Ashley Young posted a picture of some white sandals on Instagram, asking: "Name the player who wore these today?!" Team-mate Juan Mata revealed the identity of the mystery man by posting a picture of the sandals along with the message: "Sorry Eric Bailly." 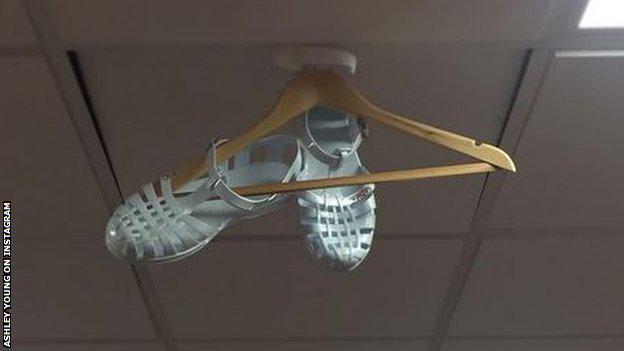 Arsenal midfielder Aaron Ramsey has not played since his side's opening league game of the campaign because of a hamstring injury but is nearing a return and tweeted he is keen to get back to action. 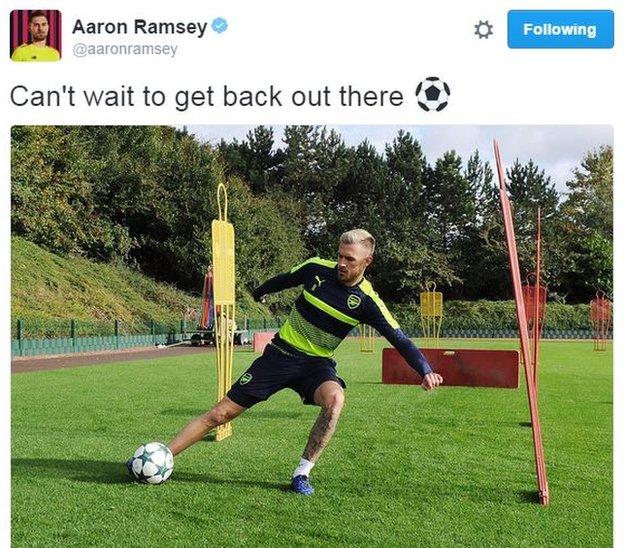