West Ham will have police inside the London Stadium for Wednesday's EFL Cup match against Chelsea after resolving radio communication issues at the £700m ground.(Sky Sports)

Newcastle owner Mike Ashley has rejected foreign bids to buy the club since relegation to the Championship, and remains determined not to sell. (Telegraph)

Atletico Madrid manager Diego Simeone wants a move to the Premier League, and could leave the Spanish club before his contract expires in 2018. (Mirror)

Tottenham hope to agree a new contract with defender Jan Vertonghen, 29, in the next few weeks. (Evening Standard)

Nottingham Forest chairman Fawaz Al-Hasawi made corruption allegations about English football in an interview on Kuwaiti TV in March. He said managers in the country "take under the table a lot" and described them as "brokers". (Sun)

Former Chelsea and West Ham striker Carlton Cole, 33, has returned to England and is looking for a new club after a short spell with American third-tier side Sacramento Republic. (Sacramento Bee)

Another former Chelsea and West Ham player - midfielder Joe Cole - has been nominated for the Golden Ball award, given to the best player in the American second tier. The 34-year-old plays for Tampa Bay Rowdies.(Telegraph)

Sam Allardyce was at Old Trafford to watch Manchester United beat Fenerbahce in the Europa League, in his first public appearance since addressing the media after leaving his post as England manager. (Guardian)

Burnley defender Michael Keane, 23, has not been distracted by talk of a move away from Turf Moor, according to boss Sean Dyche. (Burnley Express)

Leicester City's slow start to the Premier League season has been well documented, and it seems goalkeeper Kasper Schmeichel has taken toreminiscing about their shock title win of 2015-16... 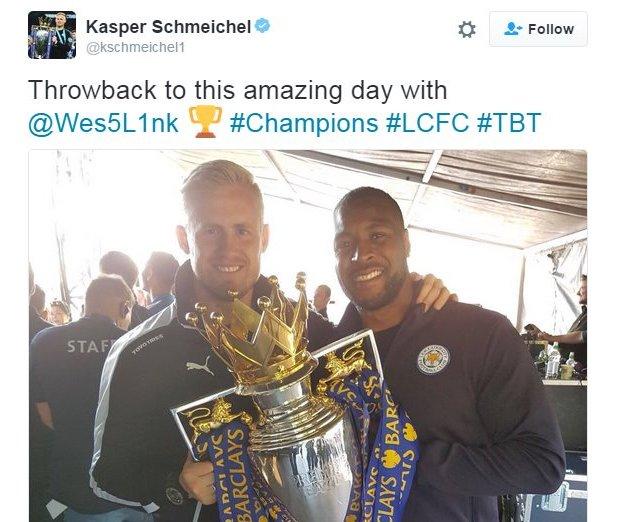 After their defeat by Inter Milan in the Europa League, striker Charlie Austin was quick to point out Southamptonwere hard done by. 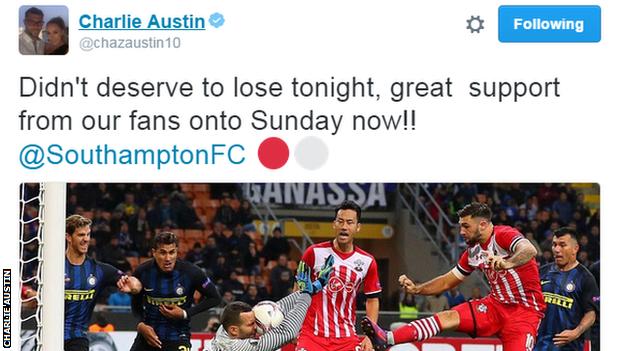 Patrice Evra has congratulated Barcelona striker Luis Suarez - with was found guilty of racially abusing him in 2011 - for his Golden Shoe award. Suarez was Europe's top scorer last season and Evra wrote: "In my Instagram there's only love and hate never!!! Luis, you're a great player is the best number 9. Congratulations Luis @luissuarez9 I love THIS game !!! Hahahaah."

Manchester United defender Chris Smalling was pleased with their win over Fenerbahce, but quickly turned his attention to Sunday's trip to Chelsea. 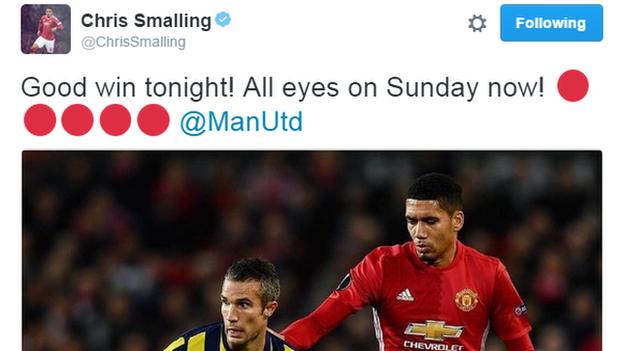 Some of Tottenham's squad were mixing with rapper Kano on Thursday night, as both Dele Alli and Kyle Walker shared photos on Instagram. 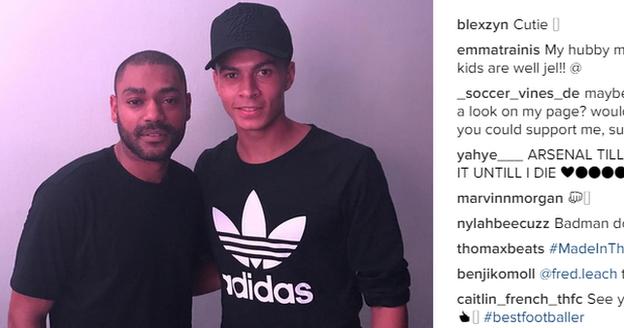 Former Manchester United boss Sir Alex Ferguson found himself in the rare position of celebrating a goal scored against his former side, when Robin van Persie netted a consolation goal for Fenerbahce at Old Trafford. (Metro)