Former Manchester United and Wales winger Ryan Giggs, 42, will not be offered the Wigan Athletic manager's job, with the Championship club instead ready to appoint United's under-21 boss Warren Joyce. (Daily Mail)

Barcelona have identified Liverpool right-back Nathaniel Clyne as a January transfer target and could pay £20m for the 25-year-old. (Sun)

Arsenal midfielder Mesut Ozil, 28, held talks with Fenerbahce over a move to Turkey in the summer. (Hurriyet, via Daily Star)

Liverpool will sign 15-year-old 6ft 5in Bury defender Emeka Obi, once they get approval from the Football League and Premier League over his visa. (Daily Mail)

Manchester City captain Vincent Kompany, 30, is yet to convince manager Pep Guardiola that he can fit into the Spaniard's plans. (Telegraph)

Bayern Munich manager Carlo Ancelotti has thanked Guardiola for the "marvellous job" he did with the German champions. (Manchester Evening News)

Arsenal's 28-year-old forward Lucas Perez has been ruled out until December with an ankle ligament injury. (IBTimesUK)

Real Madrid forward Cristiano Ronaldo, 30, says football has taught him to "use negative people and experiences to motivate you". He added: "I actually need my haters - they have helped me achieve all I have achieved." (Coach magazine)

Borussia Monchengladbach hope Chelsea will allow them to extend 20-year-old defender Andreas Christensen's loan spell in the Bundesliga beyond the end of the season. (Evening Standard)

Another Chelsea youngster, 21-year-old England Under-21 international Nathaniel Chalobah, says he is refusing to "give up" on the club, despite struggling for opportunities at Stamford Bridge. (Sun)

Manchester United midfielder Henrikh Mkhitaryan, 27, says he "will do everything to try and help the team", despite only making four appearances since joining from Borussia Dortmund in the summer. (Guardian)

Leicester City and Japan striker Shinji Okazaki is the club's "dilly-ding dilly-dong" - "he wakes everybody up, he is the bell!" - according to manager Claudio Ranieri. (Leicester Mercury)

Tottenham's Cameroonian forward Clinton N'Jie, 23, currently on loan at Marseille, says his future will be decided at the end of the season. (Ligue 1)

Arsenal's Hector Bellerin or the 'free-kick-taking' cat? You decide... 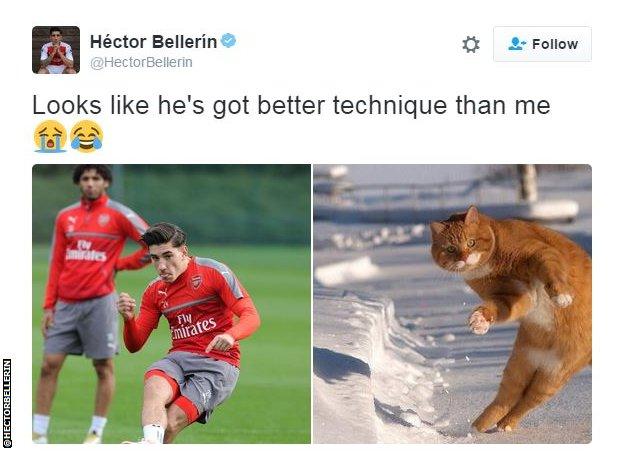 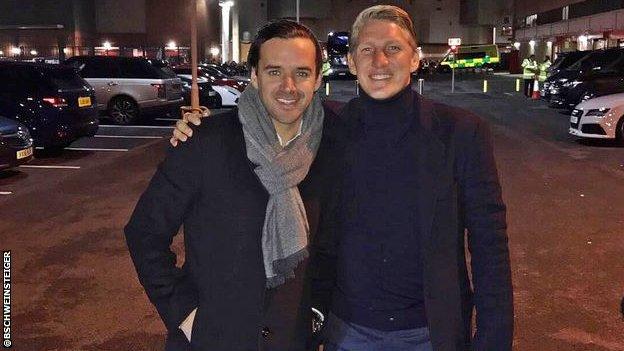 Maya Yoshida celebrated Southampton's EFL Cup win against Sunderland by tasting something new. He tweeted: "What a goal from Sofiane Boufal, what a goal kick from me. Now my first white truffle this time." 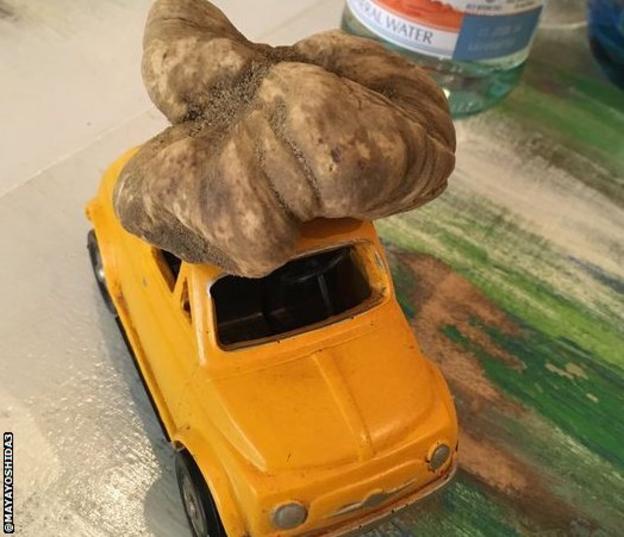 Napoli head coach Maurizio Sarri says he will greet Juventus forward Gonzalo Higuain, 28, like "a father would with a son who made him angry" when the sides meet on Saturday, following the Argentine's move this summer. (Sky Italia, via Goal)