Meanwhile, Blues midfielder Cesc Fabregas, 29, has rejected a move to the Chinese Super League and is instead determined to fight for his place at Stamford Bridge. (ESPN)

Manchester United manager Jose Mourinho, 53, is unhappy with the club's medical department and has called for a review because of the number of injuries to his squad. (The Times - subscription required)

Meanwhile, Mourinho has re-assured defenders Chris Smalling, 26, and Luke Shaw, 21, they have futures at Manchester United despite questioning their pain thresholds. (Daily Express)

Hector Bellerin, 21, has signed a six-year deal worth over £100,000 a week, making the Spanish full-back one of Arsenal's top earners. (Daily Mirror)

Gunners striker Olivier Giroud, 30, is set for key talks with manager Arsene Wenger over his future at the club. (Daily Star)

Arsenal had a £90m bid for Borussia Dortmund striker Pierre-Emerick Aubameyang, 27, turned down in the summer. (Corriere dello Sport - in Italian)

Manchester United have been urged to make a move for the Gabon international, who has scored 11 goals in nine league games this season. (Daily Express)

Everton are in talks with Norwegian club Odd BK over 18-year-old forward Rafik Zekhnini and the Norway U21 international has been given permission to talk to the Toffees. (Daily Mail)

Everton's director of football Steve Walsh is keen on signing Charlton youngster Ademola Lookman but the club will face competition for the 19-year-old midfielder from Manchester United and Arsenal. (Daily Star)

West Ham left-back Aaron Cresswell, 26, has talked of his devastation at being released by Liverpool as a 15-year-old as he celebrates his first England call-up. (Daily Telegraph)

Chelsea midfielder Marco van Ginkel, 23, is set for another spell away from Stamford Bridge on loan. (Daily Express)

Klopp has given his squad time off this week, something he said he would not have been comfortable with before learning about the intensity of the game in England. (Liverpool Echo)

Manchester United have been made favourites with the bookmakers to re-sign Burnley defender Michael Keane. The 23-year-old left Old Trafford to sign a permanent deal at Turf Moor in January 2015. (Manchester Evening News)

Paris St-Germain defender Presnel Kimpembe, 21, has received a pay rise of more than 2,000% as a result of his new contract. (RMC Radio)

Hull City have explained why the official attendance read out at home matches at the KCOM stadium differs from the figure later published. (Hull Daily Mail)

Napoli are keen to sign West Ham's on-loan striker Simone Zaza. The 25-year-old is yet to score for the Premier League club since joining from Juventus on a season-long loan. (Goal)

Middlesbrough boss Aitor Karanka has opened up on his career, including his relationship with Jose Mourinho and the sweeping changes he made to the mentality of the Teesside club. (Teesside Gazette) 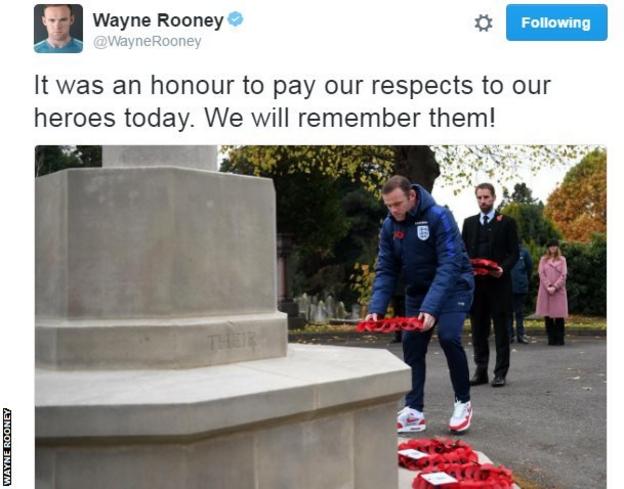 Liverpool goalkeeper Simon Mignolet has backed Team GB hockey star and Reds fan Sam Quek to win I'm a Celebrity Get Me Out of Here, tweeting: "She should win, she's a red." 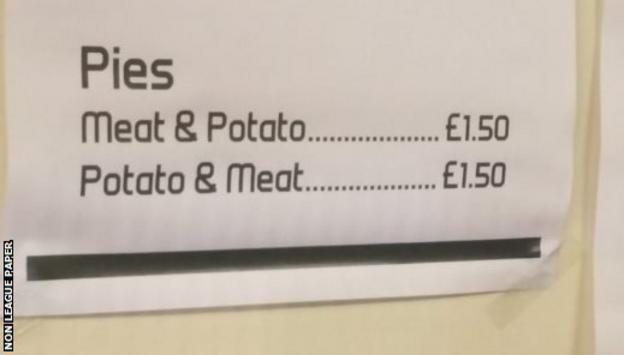 The Non-League Paper shared this image of a food menu at an unnamed football ground. It seems there is little choice for pie lovers but, on the plus side, £1.50 is pretty cheap nowadays. (Non League Paper)

Barcelona and Argentina star Lionel Messi, 29, has been pictured with a bizarre new tattoo on his leg. (Sun)

Swedish club Djurgarden celebrated their final win of the season by engaging in a snowball fight with more than 3,000 of their fans standing at one end of the stadium. (Daily Mail)

Brazil and Argentina face one another on Thursday and though the countries share a heated rivalry, it seems the players involved are still willing to be friends and share a private jet to South America. Barcelona's Brazil star Neymar, and Argentines Lionel Messi and Javier Mascherano were pictured living the high life aboard their own jet. (101 Great Goals) 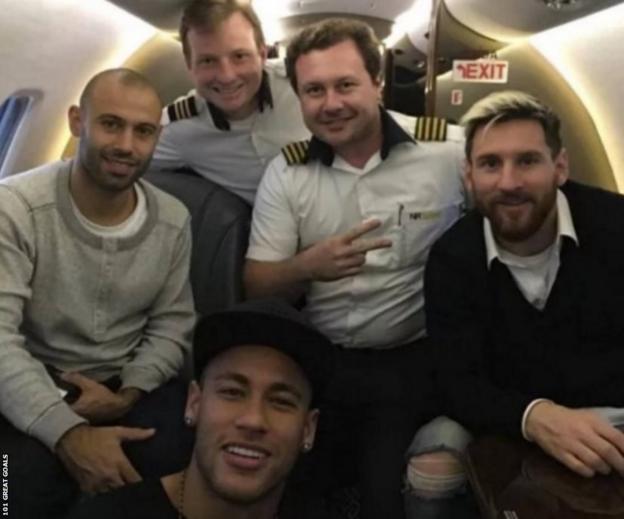