Atletico Madrid striker Antoine Griezmann, 25, says he would like to play alongside Manchester United midfielder and France team-mate Paul Pogba, 23, at club level in the future. (Sky Sports)

Former Manchester United manager Sir Alex Ferguson has opened up about his infamous 'hairdryer treatment', and claims he only ever lost his cool with players "about half a dozen times" in 27 years. (Sun)

Striker Sergio Aguero, 28, has dismissed links with Real Madrid and said he will only ever leave Manchester City to join boyhood club Independiente. (ESPN Radio FC, via Sun)

Manchester United skipper Wayne Rooney, 31, rejected an offer to move to the Chinese Super League last summer, according to the chairman of Beijing Guoan. (Guardian)

United midfielder Henrikh Mkhitaryan says "nothing will prevent me from achieving my dream" at Old Trafford. The 27-year-old Armenian joined for more than £26m in the summer but has been repeatedly left out by manager Jose Mourinho. (Daily Mail)

Goalkeeper Hugo Lloris, 29, will have to stay within Tottenham's tight wage structure if he wants to sign another long-term contract. (Daily Telegraph)

Antonio Conte has drawn up a shortlist of four centre-backs to strengthen his Chelsea squad. He is keen to sign at least one of Juventus' Leonardo Bonucci, 29, AC Milan's Alessio Romagnoli, 21, Roma's Antonio Rudiger, 23, and Burnley's Michael Keane, 23. (Squawka)

Manchester United managing director Richard Arnold claims the club are "as big as a religion" on social media. (Daily Mail)

Tony Pulis has made his case to West Bromwich Albion owner Guochuan Lai as he plans improvements to the squad in the winter transfer window.(Birmingham Mail)

And the Baggies are considering a loan move for Liverpool defender Mamadou Sakho, 26, who has fallen out of favour at Anfield. (Express and Star)

Burnley chairman Mike Garlick says the club will be looking to the European market to strengthen their squad in January, and want "quality not quantity". (Lancashire Telegraph)

Watford forward Jerome Sinclair, 20, could move to Championship side Brentford on loan after failing to make an impact since a £2m summer move from Liverpool. (Watford Observer)

Leeds United owner Massimo Cellino could be set to sell the Championship club and buy a stake in Serie B club Brescia. (Calciomercato, via Yorkshire Evening Post)

Barcelona striker Luis Suarez, 29, says negotiations over a deal to extend his contract at the Nou Camp are going well. (NDTV)

Real Madrid forward Gareth Bale, 27, is still "one of the boys" for Wales despite his new £150m deal with the Spanish giants, says international team-mate Joe Ledley, 29. (Guardian)

Chelsea have 38 players out on loan, but Blues youth coach Adi Viveash says the club intend to send more of their youngsters out in January. (Goal)

The official Chelsea Twitter account posted a video of Gianfranco Zola performing some trademark trickery to beat Jamie Carragher, along with the message: "You can never get bored of watching this." The ex-Liverpool defender replied by posting an image of Luis Garcia celebrating a controversial goal against the Blues in the 2005 Champions League semi-final, adding: "Or this! #ghostgoal." 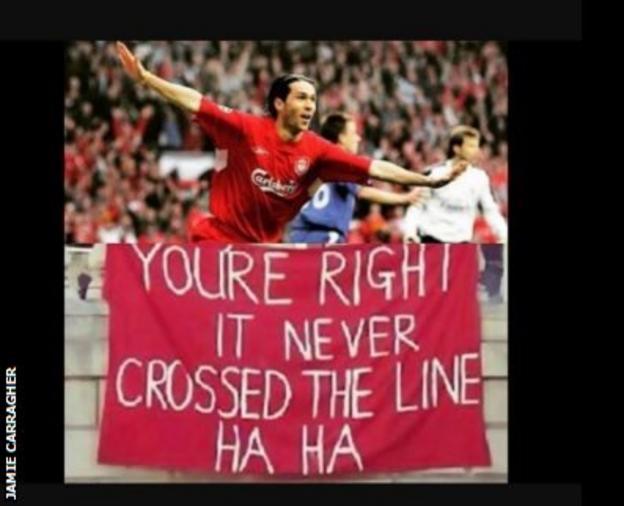 Former West Ham midfielder Diego Poyet dismissed speculation on Twitter that he will join Derby County. The 21-year-old free agent posted: "Derby are a great football club but despite reports on here I would like to confirm I'm not currently training with the team."

Leeds United manager Garry Monk tweeted an image of the club's players training in the snow. He wrote: "Keeping up the intensity in training over the international break despite the weather. Always looking for the players to improve."

Preston goalkeeper Anders Lindegaard has gone for a spot of post-election political forecasting, tweeting: "I predict the first female president in America is going to be Kim Kardashian #KimKardashian2020"

Arsenal defender Laurent Koscielny, 31, says his team-mates think he is "a granddad" because he likes playing Scrabble. (London Evening Standard)