Neymar's chances of leaving Barcelona for Paris St-Germain in this summer's transfer window are "90%".(Sky Sports)

The 25-year-old Brazil forward has told team-mates he is joining Paris St-Germain, with the French club pursuing a world record £196m transfer.(Le Parisen - in French)

But Barcelona manager Ernesto Valverde says stories linking Neymar with PSG are nothing but "rumours" and that they want him to stay. (Metro)

Barcelona team-mate Javier Mascherano still thinks the La Liga side can count on Neymar, saying he is "the future of the club". (ESPN FC)

Barca have set their sights on 23-year-old Argentine forward Paulo Dybala from Juventus, if Neymar leaves. (Mundo Deportivo - in Spanish)

Manchester United have made a £35m bid for Chelsea midfielder Nemanja Matic, 28, and have been told they can have him for £50m. (Daily Mirror)

Real Madrid have agreed terms with Monaco and Kylian Mbappe over a world record £120m move for the 18-year-old striker. (Sun)

Barcelona have warned Liverpool playmaker Philippe Coutinho, 25, they will move for Borussia Dortmund forward Ousmane Dembele, 20, if the Reds reject their offer. (Sun)

Arsenal have been offered the chance to sign versatile attacking midfielder Rafinha, 24, from Barcelona. (Sky Sports)

The Gunners are also close to agreeing a deal with Crystal Palace which would see 22-year-old defender Calum Chambers leave for the Selhurst Park club. (Guardian)

Liverpool centre-back Joe Gomez, 20, wants to stay at Anfield rather than go on loan with Brighton. (Liverpool Echo)

Swansea City are the latest club to be linked with a move for £20m-rated Arsenal midfielder Jack Wilshere, 25. (Daily Telegraph)

Marseille manager Rudi Garcia has confirmed that Arsenal striker Olivier Giroud, 30, will not be joining the club. (Standard) 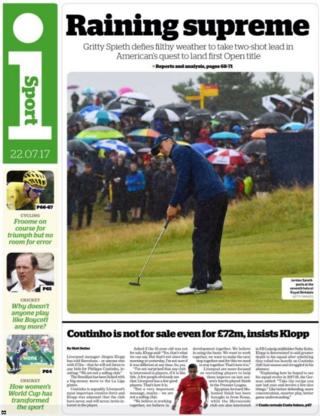 Mauricio Pochettino is happy with Tottenham's "quiet" transfer window as their top four rivals spend big because of his belief in Spurs' young squad. (ESPN FC)

His side have been on a bonding trip to Disney World on their US pre-season tour.... 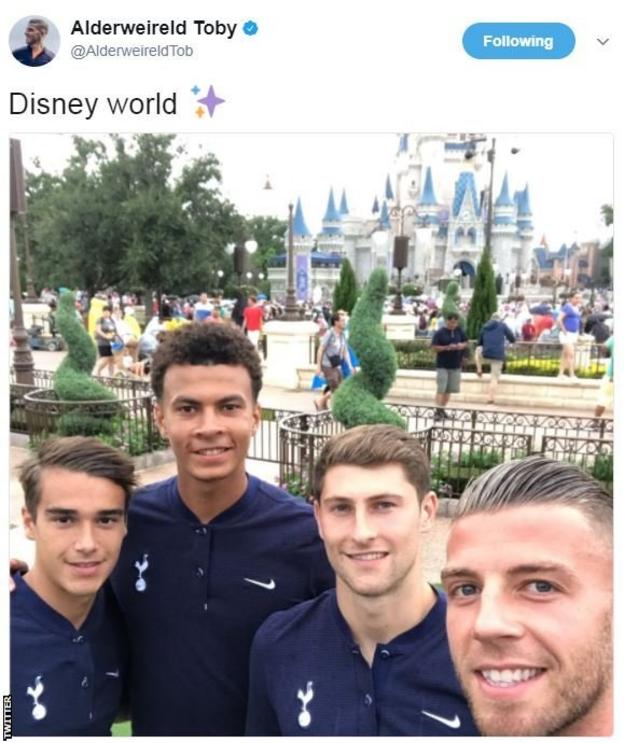 But Bournemouth goalkeeper Artur Boruc has been having a less exciting time in Poole...

England striker Toni Duggan has been teaching herself Spanish on an phone app following her move to Barcelona. (Daily Mail)

Aston Villa's new signings Glenn Whelan and Chris Samba, both 33, have had to have a musical initiation at their new club. (Birmingham Mail)

The best of Friday's transfer news

Arsenal will compete with Tottenham for Ross Barkley's signature with the 23-year-old's Everton career in doubt. (Daily Express)

Manchester City have had a £44.5m bid for left-back Benjamin Mendy rejected by Monaco. The Ligue 1 side are demanding £54m for the 23-year-old. (Daily Mail)