Chelsea manager Antonio Conte will get a further £150m to spend in the summer, with Southampton's Netherlands defender Virgil van Dijk and Juventus and Brazil left-back Alex Sandro, both 26, top of the list. (Daily Mirror)

The Stamford Bridge side's spending could match the £218m spent by Manchester City in this transfer window. (Times - subscription required)

Roma have put in a £30m bid, plus add-ons, for Leicester forward Riyad Mahrez, but the Foxes want £50m for the 26-year-old Algeria international. (Daily Mail)

Galatasaray are in talks with Arsenal about the signing of 25-year-old Egypt midfielder Mohamed Elneny. (Fotospor, via Metro)

Borussia Dortmund want to sign 17-year-old Manchester City winger Jadon Sancho, who is yet to sign a new contract at Etihad Stadium.(ESPN)

Spanish striker Lucas Perez, 28, wants to leave Arsenal after feeling "cheated" by his treatment at the club, including new signing Alexandre Lacazette being given the number nine shirt. (La Voz de Galicia, via Daily Telegraph)

Tottenham have missed out on signing Estudiantes defender Juan Foyth, with the 19-year-old Argentine set to join Paris St-Germain.(Squawka)

Midfielder Pablo Fornals, 21, has paid his own £10.7m release clause in order to leave Malaga and join Villarreal on a five-year deal.(Sky Sports)

Meanwhile, Liverpool have told Crystal Palace that French defender Mamadou Sakho, 27, is only available for a permanent transfer, not another loan deal, and will cost £30m. (Daily Mirror)

Burnley boss Sean Dyche is looking to add two or three more players to his side in this transfer window. (Lancashire Telegraph) 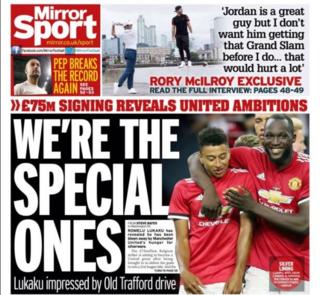 Ronald McDonald led out Manchester United and Real Madrid before their pre-season game in Santa Clara. 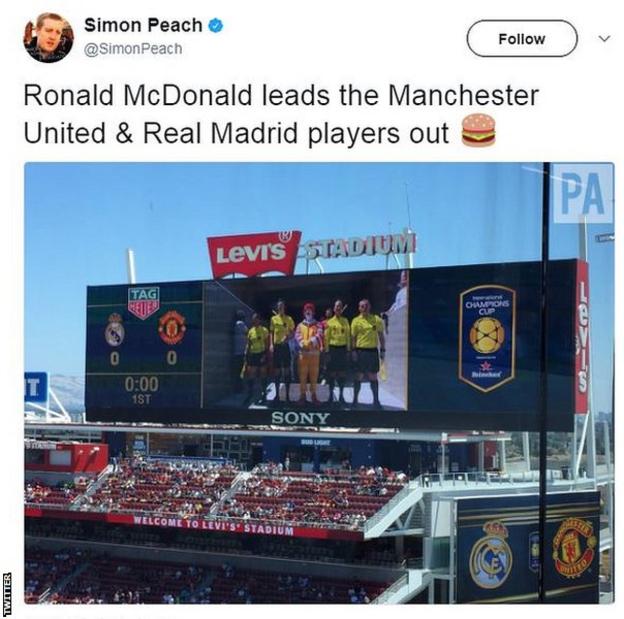 Watford striker Troy Deeney stepped up his recovery from injury. 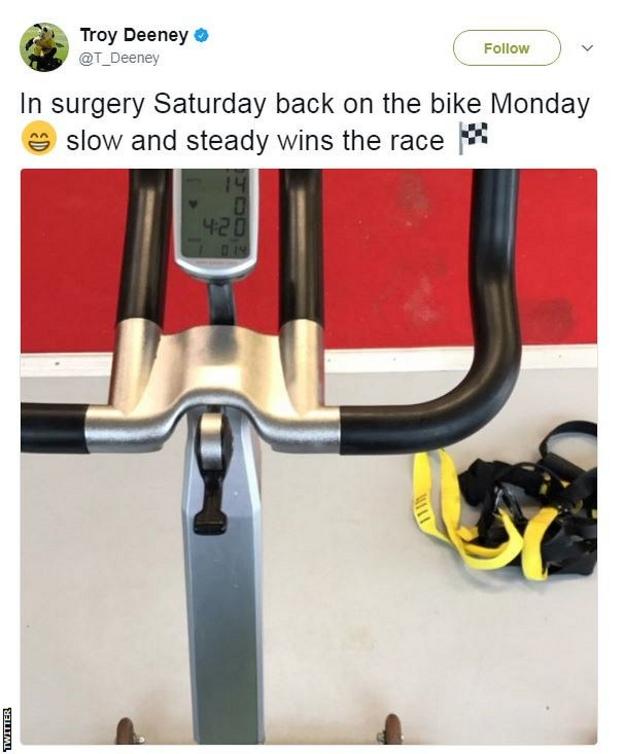 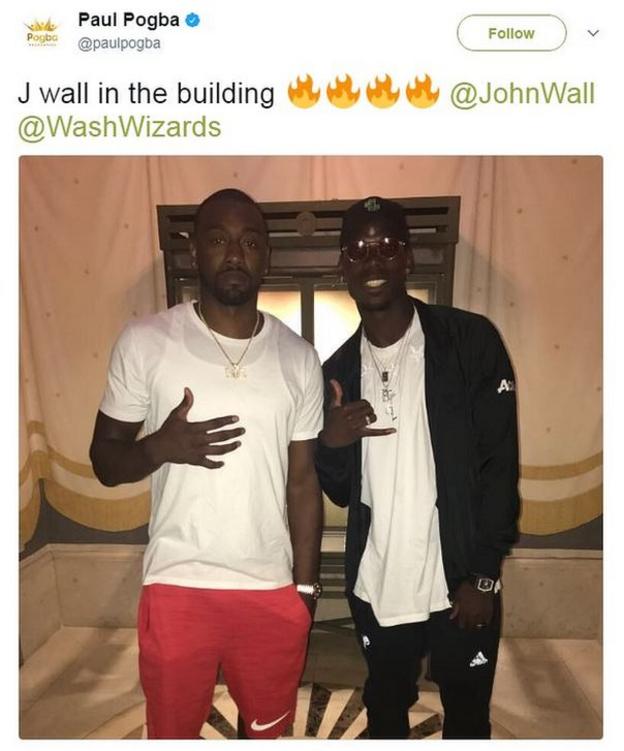 Peter Crouch eyed a change of career - and found a better way to spend a Monday evening.

Forward Neymar, 25, has told team-mates Lionel Messi and Luis Suarez he will stay at Barcelona, after the pair persuaded him not to join Paris St-Germain in a world record £200m deal. (Sport)

Arsenal forward Alexis Sanchez's transfer to PSG is on hold as talks collapse over the 28-year-old's transfer fee and wage demands. (Le Parisien via Talksport)

Chelsea will step up their interest in Arsenal midfielder Alex Oxlade-Chamberlain, 23, this week but can expect a battle from Manchester City.(Daily Express)

Swansea City have been given permission to hold talks with their former striker Wilfried Bony after putting in place a deal with Manchester City for the 28-year-old.(Wales Online)

Tottenham are closing in on the signing of Germany Under-21 defender Jeremy Toljan, 22, from Hoffenheim. (Record via Sun)