City are prepared to pay £160m for the France international, as Pep Guardiola continues to overhaul his squad. (ESPN)

However, the scorer of 15 goals in 29 Ligue 1 games in 2016-17 will turn down a move to the Premier League in favour of joining Spanish and European champions Real Madrid. (Daily Star)

Barcelona have sent officials to England to try to sign Philippe Coutinho despite Liverpool rejecting a £72m bid from the Spanish giants for the 25-year-old forward. (Sport, via Daily Express)

Liverpool insist Coutinho is not for sale at any price, but Barca are prepared to bid £80m. (Daily Star)

Bayern Munich midfielder Renato Sanches has revealed he wants to leave, with AC Milan and Manchester United interested in the £43m-rated 19-year-old. (Independent)

Arsenal face the prospect of taking a sizeable loss on Spanish striker Lucas Perez after Deportivo La Coruna made a £9m bid for the 28-year-old. (Evening Standard)

Gunners midfielder Jack Wilshere wants to stay close to London if he leaves this summer, with West Ham the 25-year-old's preferred destination. (Independent)

Stoke will be busy in the transfer market over the next few weeks but are not expected to move for Arsenal's 23-year-old winger Alex Oxlade-Chamberlain. (Stoke Sentinel) 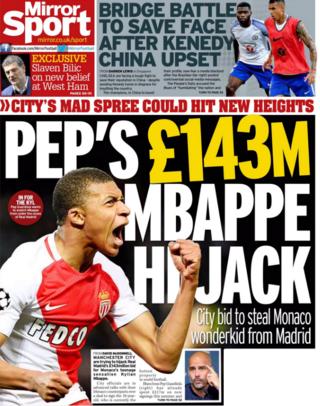 Daley Blind made a social media blunder when he posted about Manchester United's new third kit, seemingly forgetting to delete his representative's note above a suggested caption. (Daily Mirror)

Barcelona forward Neymar spent more than £14,000 on trainers in one shopping trip... after saying meeting Michael Jordan was "one of the happiest moments" of his life. (Daily Mail)

Former Arsenal goalkeeper Wojciech Szczesny showed off his vocal skills at his Juventus initiation by belting out Justin Bieber's Love Yourself. (Sun) 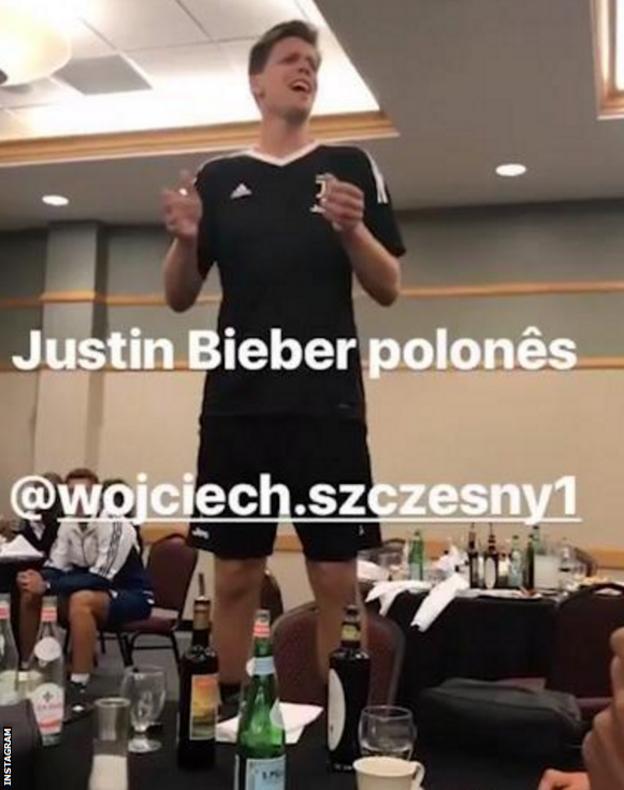 Players at all grassroots levels will receive five-year bans if they assault referees under new Football Association laws. (Daily Telegraph)

Chelsea manager Antonio Conte will get a further £150m to spend in the summer, with Southampton's Netherlands defender Virgil van Dijk and Juventus and Brazil left-back Alex Sandro, both 26, top of the list. (Daily Mirror)

The Stamford Bridge side's spending could match the £218m spent by Manchester City in this transfer window. (Times - subscription required)