Chelsea manager Antonio Conte's future could be in doubt if his side lose to Manchester United on Sunday. (Times - subscription required)

Conte has confirmed that Chelsea owner Roman Abramovich attended a recent training session amid growing reports the billionaire owner is running out of patience with the Italian. (Metro)

Real Madrid are ready to compete with Barcelona to sign Liverpool and Brazil midfielder Philippe Coutinho, 25. (Mundo Deportivo - in Spanish)

Is this what really happens at academies?

Chelsea and Spain midfielder Cesc Fabregas, 30, is set to agree a new contract at Stamford Bridge, ending rumours of a move to Manchester United. (Evening Standard)

Liverpool winger Mohamed Salah, 25, is proving to be the best Premier League signing of the season, according to the club's former defender Jamie Carragher. (Telegraph)

Burnley boss Sean Dyche insists no one at the club is distracted by continued speculation linking him with Everton. (Burnley Express)

Leicester boss Claude Puel says he could sign Paris St-Germain and France midfielder Hatem ben Arfa in January. The 30-year-old played under Puel at Nice in 2015-16. (ESPN, via RMC Radio)

Liverpool manager Jurgen Klopp says there is no pressure on Emre Can to sign a new contract, despite the Germany midfielder being linked with a move to Juventus. (Sky Sports)

Juventus will face competition from Manchester City to sign Can, with City willing to promise the 23-year-old a central role in the squad. (Calciomercato)

Newcastle midfielder Jack Colback appears to have no future at the club as manager Rafael Benitez says he is still only allowed to train with the club's under-23 side. (Newcastle Chronicle)

Edinson Cavani's agent has revealed the Paris St-Germain and Uruguay striker, 30, has his heart set on a return to Italian side Napoli. (Sun)

Aston Villa are involved in a contract stand-off with 19-year-old striker Keinan Davis over wages, with Bournemouth, Huddersfield and West Brom monitoring the situation. (Daily Telegraph)

Arsenal did not sign David Silva in 2005 because they did not believe he could cope with the physical demands of the Premier League. (Daily Mail)

Former Newcastle and Burnley midfielder Joey Barton has suggested Paul Ince's weight is a reason why he does not have a managerial job. (Daily Express)

Tottenham's players will receive a £2m bonus to share between them as a reward for qualifying for the knockout stages of the Champions League. (Times - subscription required)

Former England boss Roy Hodgson says Tottenham striker Harry Kane was on corner taking duty during Euro 2016 because he "wasn't scoring goals" and was was the "best deliverer of the ball". (Daily Express)

West Brom manager Tony Pulis has responded to criticism from pundits by pointing to their failure as managers. (Express and Star)

Maidenhead full-back Remy Clerima, who will feature for the club against Coventry in the FA Cup first round on Sunday, is also a part-time model. (Sun)

Real Madrid forward Cristiano Ronaldo, 32, say the club need Gareth Bale, 28, back from injury as they try to improve their form. (Daily Mirror)

Everton keeper Jordan Pickford, 23, says the Goodison Park outfit "are not a side that will be in the bottom three", despite their struggling form. (Daily Mirror)

Ousmane Dembele's surgeon says the France winger's hamstring injury may have been caused by pressure on him to succeed following his £135.5m move to Barcelona from Borussia Dortmund. (Mundo Deportivo - in Spanish)

Barnsley held a treasure hunt around the town centre as they relaunched their website. 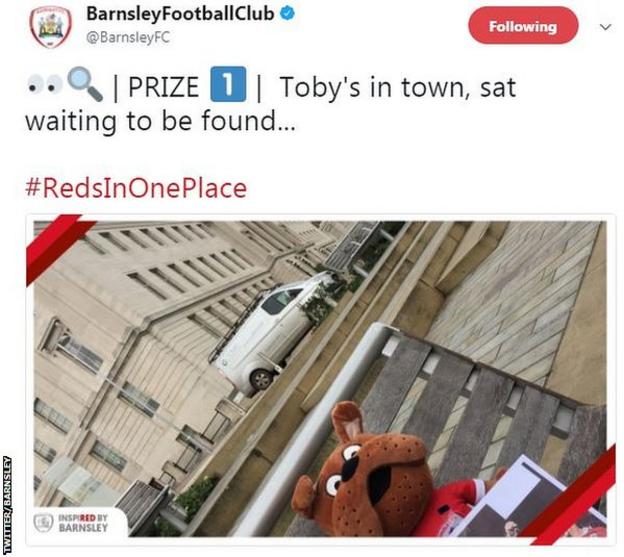 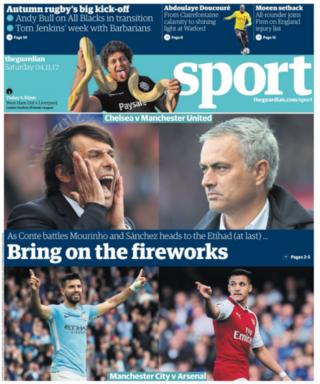 The best of Friday's gossip

Manchester United boss Jose Mourinho is open to letting left-back Luke Shaw, 22, leave in January, with the pair not on speaking terms. (Sun)