Chelsea manager Antonio Conte is considering taking a break from football if he is sacked by the club. (Telegraph)

Meanwhile, Napoli boss Maurizio Sarri could end up at Chelsea, with the Italian Serie A side in talks with former Blues manager Carlo Ancelotti. (The Sun)

Manchester United are willing to listen to offers for France forward Anthony Martial, 22, but are not keen to sell him to a rival team in England. (Mail)

Unai Emery will have little say on transfers when he is appointed as Arsenal's next manager. (Mirror)

Emery intends to make midfielder Aaron Ramsey, 27, central to his plans with the Gunners despite the Wales player being linked with a move away. (Sky Sports)

Assistant coach Mikel Arteta is set for a new deal at Manchester City after missing out on the Arsenal job. (Telegraph)

Barcelona remain confident that Atletico Madrid's France forward Antoine Griezmann 27, will sign for them in the summer having given his word. (Mundo Deportivo - in Spanish)

Newcastle manager Rafael Benitez is confident defender Jamaal Lascelles, 24, will remain at St James' Park despite interest from some of the top six clubs. (Newcastle Chronicle)

The best, worst and weirdest moments of this season's Champions League

A look back at this season's competition

Arsenal and England striker Danny Welbeck, 27, is being tracked by Turkish side Besiktas. (Fotospor via TalkSport)

Defender Darragh Lenihan, 24, says he would be keen to discuss a new contract at Blackburn Rovers as he enters the final 12 months of his current deal. (Lancashire Telegraph) 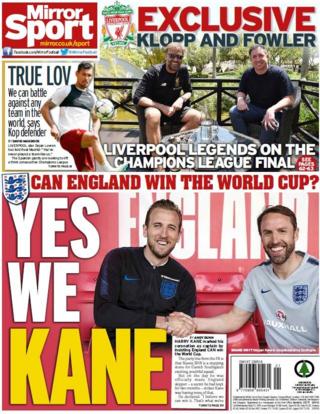