Chelsea striker Michy Batshuayi says he will not decide until after the World Cup whether to return to the Stamford Bridge club. The 24-year-old Belgium international spent the second half of last season on loan at Borussia Dortmund.(Evening Standard)

How Reds' 2014 defeat at Real Madrid laid the foundations for Kiev...

Marco Asensio's agent says Real Madrid have turned down two offers from Premier League clubs worth up to £130m for the 22-year-old Spanish forward, who has been linked with Manchester United and Chelsea. (Independent)

West Ham are favourites to sign Barcelona defender Marlon. The 22-year-old Brazilian - who is on a two-year loan deal at Ligue 1 side Nice - is also a target for Leicester. (Mundo Deportivo - in Spanish)

Manchester United had hoped to sign Juventus' Brazilian left-back Alex Sandro, but the 27-year-old is set for talks next week to extend his stay in Italy. (Mirror)

Beware the next season dip

Why you have to win your play-off final...

Chelsea face competition from Russian side Zenit St Petersburg for manager Maurizio Sarri. The former Napoli boss is being considered as a potential replacement for fellow Italian Antonio Conte at Stamford Bridge. (Guardian)

Marseille are interested in Manchester United midfielder Marouane Fellaini. The 30-year-old Belgian is out of contract at Old Trafford this summer. (L'Equipe - in French)

Rangers are stepping up their pursuit of Brighton's English defender Connor Goldson, 25. (The Argus)

Arsenal have held talks with the agent of RB Leipzig's Swedish winger Emil Forsberg, but the Bundesliga side want to offer the 26-year-old a new contract. (SportExpressen - in Swedish)

Bournemouth midfielder Harry Arter, 28, has hinted he could leave the Cherries in order to fight his way into the Republic of Ireland team. (Sky Sports)

Stoke centre-half Kevin Wimmer is close to a move to German side Hannover. The 25-year-old Austrian is in talks over a loan deal. (Mirror)

Brighton have made a bid for Reading's English defender Liam Moore, 25. (Sky Sports)

Graham Potter, the English boss of Swedish side Ostersunds FK, could be appointed Swansea manager as early as next week. (Wales Online) 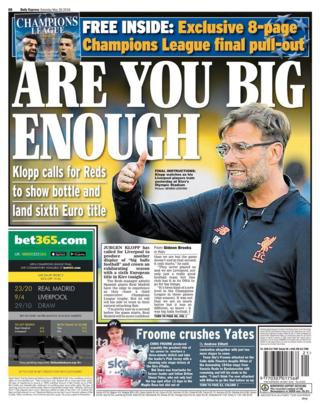 Read more on Jordan 'pained and angry' after Floyd death