Tottenham are to test Aston Villa by making a bid for 22-year-old English midfielder Jack Grealish, who is valued at £40m. (Telegraph)

Spurs will end their pursuit of Crystal Palace winger Wilfried Zaha, 25, after being quoted £70m to sign the Ivory Coast international. (Mail)

Gonzalo Higuain's claim that the Premier League "fascinates me a lot" has increased Chelsea's interest in the 30-year-old Juventus and Argentina striker. (Mail)

How did England perform against Costa Rica?

One player stood out - but which one? Our ratings & yours...

West Ham are in talks to sign Brazilian midfielder Felipe Anderson, 25, who is valued at £44m by Lazio. (Sky Sports)

Meanwhile, the Hammers are in discussions to sign former Manchester City midfielder and Ivory Coast international Yaya Toure, 35, on a free transfer. (Mail)

Negotiations between Manchester United and Tottenham over Toby Alderweireld, 29, are deadlocked as the north London club want a fee in excess of £55m for the Belgium defender. (Evening Standard)

Crystal Palace will look to Marseille's Japanese defender Hiroki Sakai, 28, to solve their problems at right-back after missing out on Fulham's 25-year-old Englishman Ryan Fredericks. (Standard)

Liverpool are interested in signing Bayer Leverkusen's goalkeeper Bernd Leno, 26, but would have to pay £22m for the German. (Bild - in German)

Manchester United manager Jose Mourinho is unlikely to sign a left-back this summer, instead opting to spend his transfer budget on a back-up for 25-year-old Belgium striker Romelu Lukaku. (Independent)

West Ham have placed a £60m valuation on forward Marko Arnautovic, 29, with Manchester United interested in the Austria international. (Mirror)

Former Real Madrid and Spain defender Fernando Hierro has been added to the list of candidates for the club's vacant managerial role after the shock resignation of Zinedine Zidane. (AS)

La Liga giants Barcelona and Real Madrid are battling to sign Santos winger Rodrygo Goes, 17. The Brazilian has a £44m release clause in his contract. (Marca) 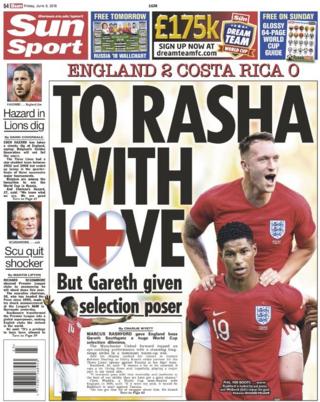