Manchester City will sell England forward Raheem Sterling in 12 months if the 23-year-old does not agree terms on a new contract. Sterling's deal runs until June 2020 but City will not allow any of their key players to run down contracts. (Mirror)

However, Sterling fears his chances of earning the deal he wants with the Premier League champions have receded following his performances at the World Cup this summer. (Telegraph)

Former Arsenal manager Arsene Wenger is the top target for the Japan FA as they look for a new national manager. The 68-year-old Frenchman has said he wants to stay in the game. (Mail)

'He can be above the stars'

Costa Rica goalkeeper Keylor Navas, 31, will stay and fight for the number one spot at Real even if the Spanish giants sign Courtois. (AS)

Juventus and Italy defender Daniele Rugani, 23, will join Chelsea on a five-year contract worth £77,000 a week, with the Blues paying the Italian champions a fee of about £44.2m. (London Evening Standard)

Crystal Palace and Ivory Coast winger Wilfried Zaha has told club bosses he wants to leave this summer, with Palace putting a £70m asking price on the 25-year-old. (Sun)

Everton want to make a part exchange bid for Zaha, with former Palace winger and DR Congo international Yannick Bolasie, 29, returning to Selhurst Park as part of the deal. (Mirror)

Arsenal are ready to sell England striker Danny Welbeck as new boss Unai Emery looks to trim his squad. Everton are reportedly considering a £15m move for the 27-year-old. (Sun)

Leicester City have agreed a £12.5m fee with Liverpool for 25-year-old goalkeeper Danny Ward and will meet with the Wales international in the next 24 hours. Ward is wanted by Foxes boss Claude Puel as competition for Denmark's Kasper Schmeichel, not as a replacement. (Telegraph)

Valencia are keen to sign Manchester United's 20-year-old Dutch defender Timothy Fosu-Mensah on loan with a view to a permanent signing. (Super Deporte)

Swansea City are in talks to sign Manchester City's 21-year-old Kosovo midfielder Bersant Celina in a deal worth up to £4m. (Mirror) 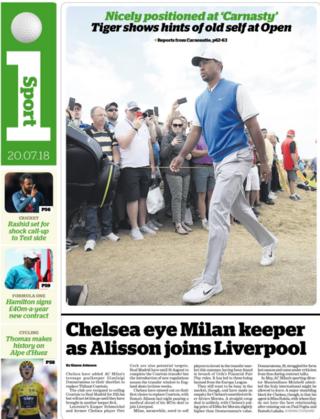