Manchester United fans have paid for a banner calling for the departure of executive vice-chairman Ed Woodward to be flown over Turf Moor during the match against Burnley on 2 September. (Mail)

Tottenham and England defender Danny Rose would be open to a move to Ligue 1 champion Paris St-Germain. The 28-year-old turned down a loan to Bundesliga side Schalke this summer. (Evening Standard)

Why Trent Alexander-Arnold can back up the hype

But Tottenham have received no bids for Rose, nor for 29-year-old Belgium defender Toby Alderweireld. (Talksport)

Tottenham will consult fans over where to play their Carabao Cup third-round fixture after it was confirmed this week that they would not be able to use Wembley. (Telegraph)

Midfielder Phil Foden, 18, could be set for an England call-up with manager Gareth Southgate having spoken to Manchester City boss Pep Guardiola about his development. (Sun)

Dutch winger Justin Kluivert, 19, chose Roma over Manchester United when he left Ajax in the summer, because a move to Old Trafford would have been "too big a jump", according to father Patrick. (Gazzetta dello Sport, via Manchester Evening News)

Liverpool and Bundesliga side Borussia Dortmund are in talks over a deal for 23-year-old Belgium forward Divock Origi. (ESPN)

Chelsea need to convince England midfielder Ruben Loftus-Cheek, 22, he is important to them in order for him to stay at Stamford Bridge. (Mirror)

Chelsea's Brazilian winger Lucas Piazon could be on his way to Ligue 1 newcomers Reims on loan. The 24-year-old has made only three appearances for the Blues since joining in 2011 and spent the past two seasons on loan at Fulham. (Sun)

Former Arsenal and France striker Thierry Henry, 41, will meet the owners of Ligue 1 side Bordeaux on Thursday about becoming their new manager. (Mirror)

Juventus and Portugal forward Cristiano Ronaldo, 33, has revealed then Manchester United manager Sir Alex Ferguson told him to cut the number of stepovers he did during his time at Old Trafford. (DAZN, via Manchester Evening News)

Free agent Jack Rodwell, 27, is in talks with Blackburn over a move to Ewood Park. The midfielder has been training at old club Everton this summer. (Mail)

Wales defender James Collins, 34, is in line to return to West Ham only months after he was released. (Sun)

Former Premier League referee Bobby Madley is set to emigrate to Norway after resigning from his position. (Mail) 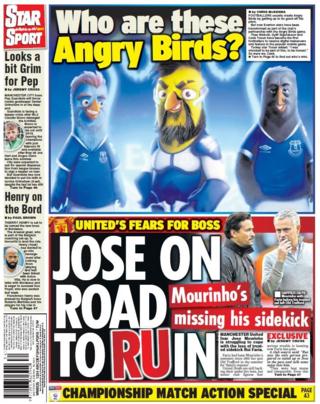