Former Chelsea boss Antonio Conte and Juventus coach Max Allegri have been identified as candidates to take over from Jose Mourinho as Manchester United manager next year. (Sunday Express)

DC United's former England striker Wayne Rooney, 33, will turn down any offers to return to the Premier League during the MLS off-season. (Sunday Mirror)

Arsenal head of football Raul Sanllehi says the club will no longer allow the contracts of key players to enter the final year. (Sunday Telegraph)

Chelsea midfielder Cesc Fabregas, 31, has refused to rule a move out to former club Arsenal when his contract runs out at the end of the season. The Spaniard is yet to start a Premier League game for the Blues this season. (Sunday Express)

What we will miss without Messi v Ronaldo in El Clasico...

Everton could make a move for Leicester striker Jamie Vardy if the 31-year-old Englishman remains frustrated at the Foxes. Vardy started Saturday's draw with West Ham on the bench despite declaring himself fit. (Sunday Mirror)

Tottenham will re-open contract talks with midfielder Christian Eriksen. The 26-year-old Denmark international previously wanted to increase his wages from £70,000 a week to £160,000 a week. (Sun on Sunday)

Juventus are keen to bring Paul Pogba back to the club and could make a move for the 25-year-old Manchester United and France midfielder as soon as the January transfer window opens. (Tuttosport, via Mail on Sunday)

United have ordered Pogba to stop talking about his problems with manager Mourinho and the possibility of leaving Old Trafford. (Sunday Mirror)

Arsenal could try to sign Manchester United midfielder Juan Mata if the 30-year-old Spaniard leaves on a free transfer in the summer. (Daily Star Sunday)

Former Gunners boss Arsene Wenger could join AC Milan, where he would link up with former Arsenal chief executive Ivan Gazidis, who starts his new role at the Serie A club this week. Milan manager Gennaro Gattuso accepts his job should be up for debate. (Sunday Express)

Napoli have said they will not listen to offers below 90m euros (£80m) for 27-year-old Italy striker Lorenzo Insigne, who has been linked with Liverpool. (Gazetta dello Sport, via Inside Futbol)

Former Tottenham midfielder Ossie Ardiles says his fellow Argentine Mauricio Pochettino has had offers to leave the club but does not want to go. (Football.London)

Burnley goalkeeper Joe Hart, 31, says he will use the season ticket for life offered by former club Manchester City to watch Champions League football whenever he has no match on. (Sunday Times - subscription required) 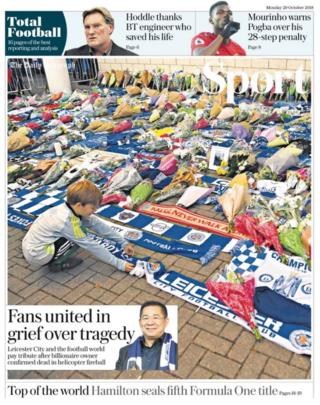