Liverpool could make another move for 18-year-old Borussia Dortmund and England winger Jadon Sancho after missing out on him when he was at Manchester City. (Mirror)

Arsenal will make another attempt to sign Sevilla and Argentina midfielder Ever Banega, 30, in the summer. (Mirror)

Former Arsenal manager Arsene Wenger has suggested ex-Germany midfielder Mesut Ozil, 30, may be in a "comfort zone" after signing a lucrative contract with the Gunners last year. (Mail)

Stoke will try to sell striker Saido Berahino as soon as the summer transfer window opens after the 25-year-old Burundi international was arrested on suspicion of drink-driving. (Mail)

Barcelona are favourites to sign Benfica striker Luka Jovic, who is on loan at Eintracht Frankfurt. Real Madrid, Chelsea and Bayern Munich are also interested in the 21-year-old Serb. (Goal)

Real Madrid are leading the race to sign Porto defender Eder Militao, 21, and will sign the Brazil international for about £44m. (Marca)

Juventus and Bosnia midfielder Miralem Pjanic, 28, could have joined Manchester United last summer before deciding to stay in Italy with the Serie A champions. (Il Gironale, via Star)

Is Man Utd legend making an early impact at Oldham?

Juventus have asked Inter Milan about Mauro Icardi's future but have not had talks with the Argentina striker, 25, or his agent. (Radio Rai via Four Four Two)

West Ham and Norway midfielder Martin Samuelsen, 21, who is on loan at VVV Venlo, is poised to return to his homeland with FK Haugesund. (Inside Futbol)

West Brom's England Under-19 midfielder Rekeem Harper, 18 is "one step closer" to signing a new contract. (Express and Star) 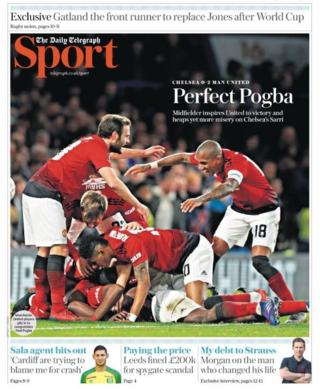