Liverpool's Egypt forward Mohamed Salah, 26, wants to leave the club and plans to hand in a transfer request. (As.com - Spanish)

Chelsea playmaker Eden Hazard's move to Real Madrid is expected to be finalised in the coming days, with talks over the 28-year-old Belgium international's switch to the Bernabeu having been going on for months. (Marca)

Chelsea and France forward Olivier Giroud, 32, is set to reject a 12-month contract extension offer to leave Stamford Bridge in the summer. (Mirror)

Manchester United striker Marcus Rashford, 21, is stalling on signing a contract extension at Old Trafford, with the England forward demanding £200,000 a week. (Mail)

Barcelona want to offer Brazilian winger Malcom, 22, in a swap deal for Rashford. (Mundo - in Spanish)

Mohamed Salah named one of world's 100 most influential people

Arsenal scouts have been watching Ajax's David Neres, 22, as they join Juventus in showing interest in the Brazil striker. (Mail)

Brighton manager Chris Hughton's future is in doubt even if he manages to save the club from Premier League relegation. (Sun)

Eintracht Frankfurt have triggered their option to buy on-loan 21-year-old Benfica and Serbia striker Luka Jovic, who has been linked with Barcelona and Real Madrid. (AS)

On-loan Chelsea striker Tammy Abraham, 21, could return to his parent club rather than remaining at Aston Villa next season. (Football.London) 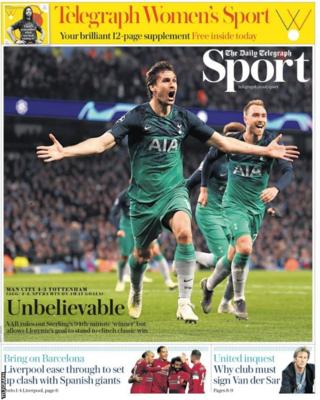