The Garth Crooks team of the week

Magpies boss Rafael Benitez's future at the club remains in doubt despite the promise of £100m to spend on transfers. (Star)

But Uruguay forward Edinson Cavani, 32, would not confirm his future is with PSG. (Canal Plus, via Goal)

Brazil defender Marcelo insists he has no plans to leave Real Madrid this summer - despite rumours the left-back, 32, is set to join 34-year-old Portugal forward Cristiano Ronaldo, a former team-mate at the Bernabeu, at Serie A side Juventus. (Bein Sports, via Mirror)

Motherwell's Scotland Under-21 midfielder Jake Hastie, 20, has a pre-contract agreement with Rangers for a three-year deal with an optional fourth season. (Daily Record) 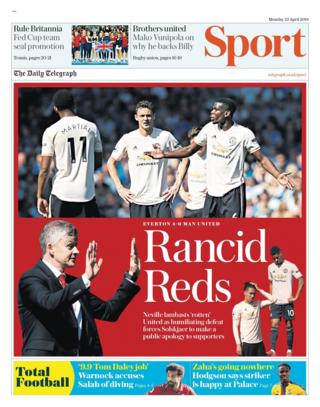 In the Daily Telegraph, "Rancid Reds"