Juventus and Portugal forward Cristiano Ronaldo, 34, would welcome the appointment of Manchester City manager Pep Guardiola as coach of the Serie A champions. (Marca)

Manchester United have set up an emergency pay-off fund for those players they wish to offload this summer. (Sun)

Manchester United manager Ole Gunnar Solskjaer will be patient in his attempt to sign a midfielder this summer until he knows for certain whether Spain international Ander Herrera, 29, will stay. (Teamtalk)

Tottenham face a dilemma over whether to sell playmaker Christian Eriksen this summer. The Denmark international, 27, has just over a year left on his £75,000-a-week contract and Real Madrid and Inter Milan are watching developments closely. (Mirror)

Stoke and Scotland midfielder Darren Fletcher, 35, who will be out of contract at the end of the season, could return to Manchester United in a recruitment role. (Telegraph)

Arsenal have set a date for potential new signing Gabriel Martinelli, 17, to make his debut after agreeing a deal with Ituano to sign the Brazilian forward. (Yahoo Brasil via Metro) 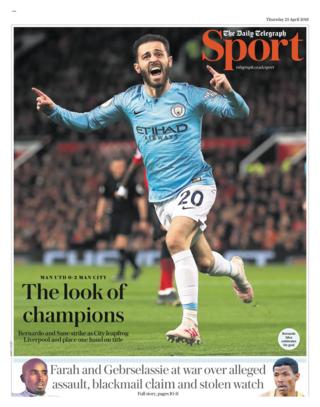