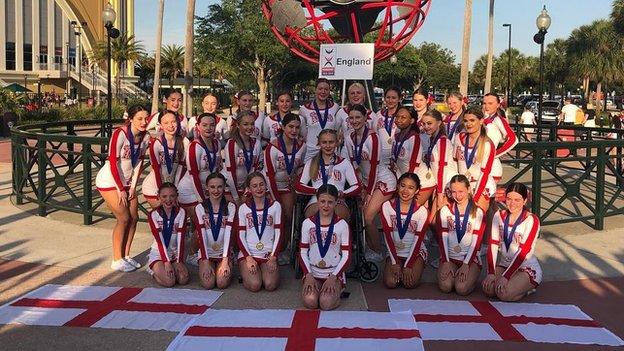 England's all girl junior squad have won gold in the advanced division at the International Cheerleading Union World Championships in Orlando, Florida.

The team, aged between 12 and 16, topped the podium having overcome tough competition from Japan and Austria, who took silver and bronze respectively.

The squad, who went one better than the silver they won in 2018, will now qualify for the elite division in 2020, competing at the highest level, alongside the United States.

Are these future Olympians?

Cheerleading can now apply to become an Olympic sport having been granted provisional Olympic status by the International Olympic Committee (IOC) three years ago.

It means the sport could make its Olympic debut at the Paris 2024 or Los Angeles 2028 Games. 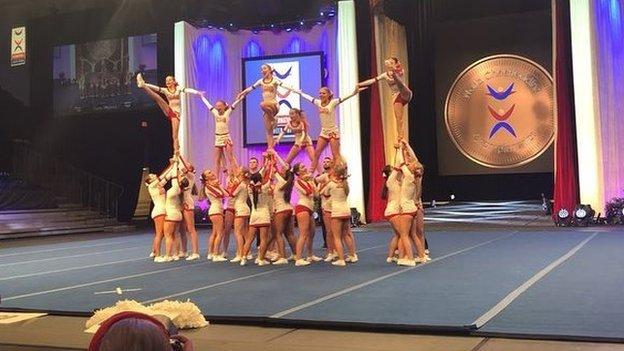 Nordic countries are among the powerhouse nations, with Sweden and Finland beating the USA to multiple world titles over the past two years.

Of its prospective Olympic status, IOC sports director Kit McConnell said: "Cheerleading is a sport with growing popularity. It has a strong youth focus and we noted that."

It is a million miles from the 'sideline' cheerleading associated with half-time performances at American football or basketball matches.

Teams of up to 35 athletes - in both mixed and all-girl divisions - are judged on stunts, pyramids, tumbles, jumps and dance moves during an exhilarating two-and-a-half-minute routine.

The judging system is similar to that of diving, synchronised swimming and gymnastics.