Chinese Super League side Shanghai Shenhua have again been linked with Real Madrid forward Gareth Bale, after coming close to signing the 30-year-old in the summer. (Marca)

Bale flew to London to meet his agent on Monday as uncertainty continues over his future at the Bernabeu. (Mail)

Bale has asked Real not to publish his medical records, exercising his right under Spanish law of protection of personal data. He has missed the past two matches after being injured on international duty with Wales, but the La Liga giants have not given any update on his fitness. (ESPN)

Manchester City are looking at Real Sociedad's Spain forward Mikel Oyarzabal, 22, as a replacement for 23-year-old Germany winger Leroy Sane, who was a summer target for Bayern Munich. (Sky Germany - in German)

England defender Chris Smalling, 29, is expected to return to Manchester United once his year-long loan spell at Roma expires in the summer, despite recent rumours of a permanent move to the Italian club. (Sky Sports)

Tottenham Hotspur have told Inter Milan they will not sell Belgium defender Jan Vertonghen in January but the Italian side hope the 32-year-old will join on a free transfer in the summer. (Guardian)

England goalkeeper Fraser Forster is willing to take a pay cut to rejoin Celtic on a permanent basis. The 31-year-old is on a season-long loan deal at the Scottish champions from Southampton.(The Scotsman)

Arsenal captain Granit Xhaka, 27, was visited at home by three senior players after his angry reaction to being booed by Gunners' supporters as he was substituted in the home draw with Crystal Palace. (The Athletic - subscription required)

Switzerland midfielder Xhaka is set for a meeting with his club in the next few days to discuss what happened at Emirates Stadium on Sunday. (Sky Sports)

Liverpool's Cameroonian defender Joel Matip, 28, could be out for as long as six weeks after suffering a setback in his recovery from a knee injury. (London Evening Standard)

Newcastle United are encouraging Brazilian forward Joelinton, 23, to bring some of his family to England to help him settle and improve his form on the pitch. (Telegraph)

Besiktas want to end their two-year loan agreement with Liverpool goalkeeper Loris Karius early and send the 26-year-old German back to Anfield in January. (Takvim, via Sun)

Spurs are set to give young players such as 17-year-old Republic of Ireland forward Troy Parrott a chance rather than go into the transfer market in January. (Star)

Liverpool's former England midfielder James Milner, 33, wants to stay with the club beyond his current contract, which expires at the end of the season. (Guardian)

Three Arsenal officials were left frustrated recently having travelled to watch Eddie Nketiah play for loan club Leeds against West Brom - only for the 20-year-old England Under-21 forward not to feature. (The Athletic - subscription required)

Premier League clubs are to discuss changing the policy on the issue of letting referees consult pitchside monitors in order to ease the criticism of the video assistant referee (VAR). (Times - subscription required) 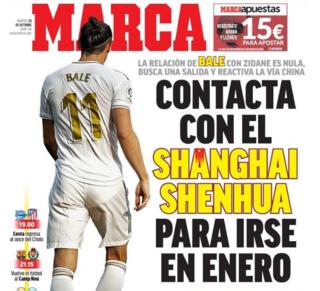