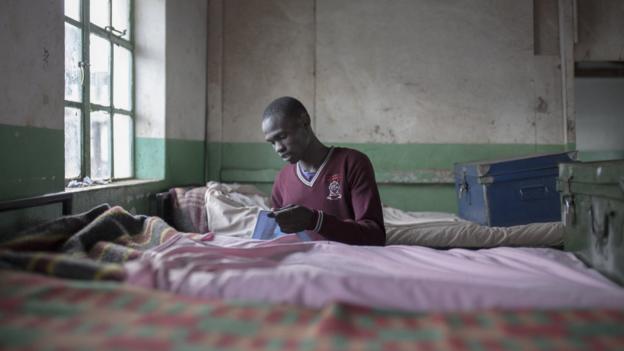 The bunk beds squeak. Pristine sheets are stretched tight over the mattresses. Bundles of Lycra hang packed together on clotheslines, in sharp contrast to the rest of this tidy room.

St Patrick's High School in Iten, in the west of Kenya, is home for 1,210 teenage boys. The school is located about 350 kilometres north-west of Nairobi, the country's capital. It has a reputation for academic success, sporting achievement and the discipline of the students. 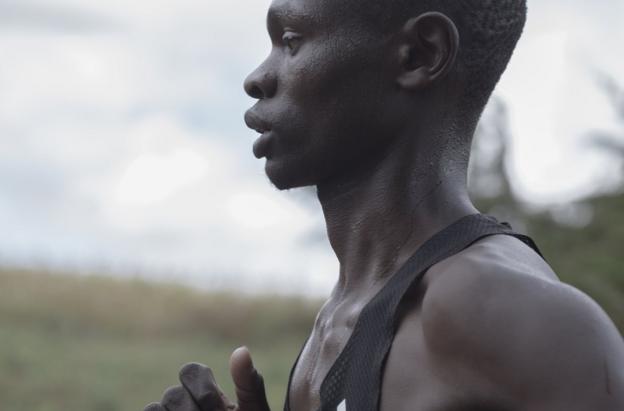 Every day, when the boys go from their dormitories to the classrooms, they pass trees planted by former students who have won Olympic medals, championship titles or set world records. All of them from competitive running. Pupils are first selected for their academic results in primary school, but Cornelius Kemboi is one of only two students admitted because of a talent for running. "My goal has always been to get accepted at this school," he says.

Kemboi is 19. Running has been part of his life for a long time. At the age of 10, he did not like the lunch served at his school so would run the two kilometres home to enjoy his mother's cooking instead. It took his short legs about 10 minutes each way. 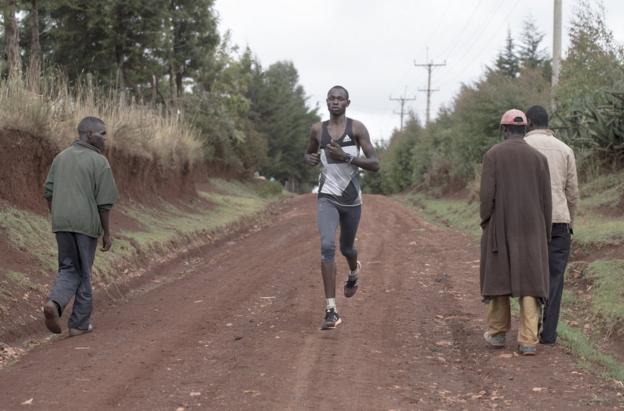 "When we were playing in school no-one could catch me - I was the fastest," he says with a smile.

Until he was 15, Kemboi ran only for fun and without any structure or training. Then he was scouted by a talent programme and started running competitively.

"My parents are very supportive. They know that I'm capable of running and they are impressed. They always came to watch me, because I always was the fastest."

Fast running is in his blood. He has two older brothers who both received scholarships in the United States because of their speed. Today, they are his role models. Kemboi dreams of following in their footsteps and combining running with a good education. 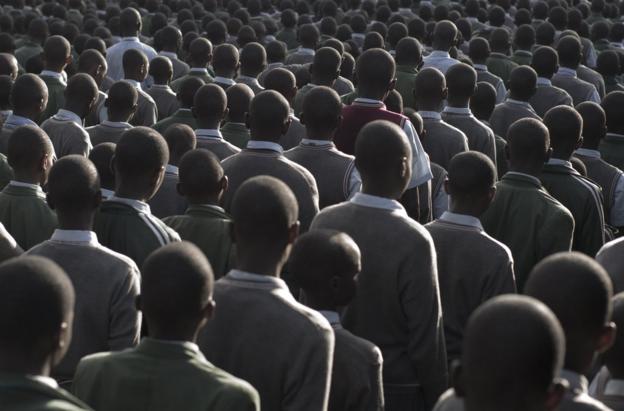 "In 10 years, I want to be someone you see all over the world. To be a true champion and raise the flag of Kenya. I want to be a successful man, who others can admire and look up to," he says, straightening his back.

Kemboi is the fastest runner here. It is a big pressure to have on his shoulders. But he has already taken the first step towards achieving his goal. He has been selected for a talent programme run by 'the godfather of Kenyan running' - Brother Colm O'Connell.

O'Connell joined St Patrick's in 1976 and eventually became headmaster. He has now retired from teaching but still coaches at the school. He runs training camps during the school holidays, when Kemboi is part of a group of about 50 young people who practise three times a day for six weeks. 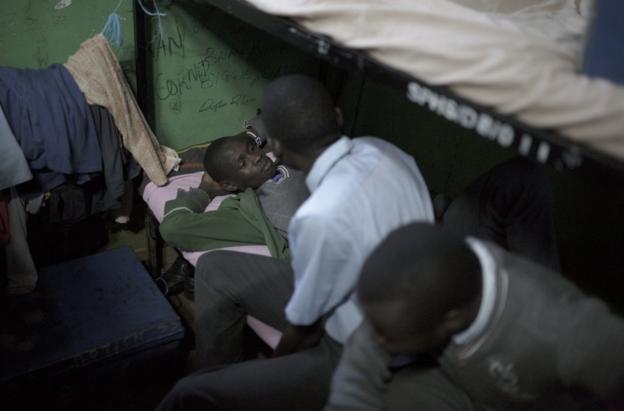 Perhaps O'Connell's best-known success story is David Rudisha, who has won Olympic gold at London 2012 and Rio 2016, as well as two world titles. He is Kemboi's biggest idol, and also attended St Patrick's.

The lower bunk in the middle of the eighth corridor, right before the second plywood separation wall, is the home of boy number 6,667. Kemboi is lying in this bed. His bed. A few friends are sitting on its edge, more on the neighbouring mattresses and even more are in the upper bunks, their heads peering down over the edge so they can follow everything going on below. They hide their faces with their hands and twist their bodies. The sound of their loud laughter and the squeaky bed springs fill up the room. 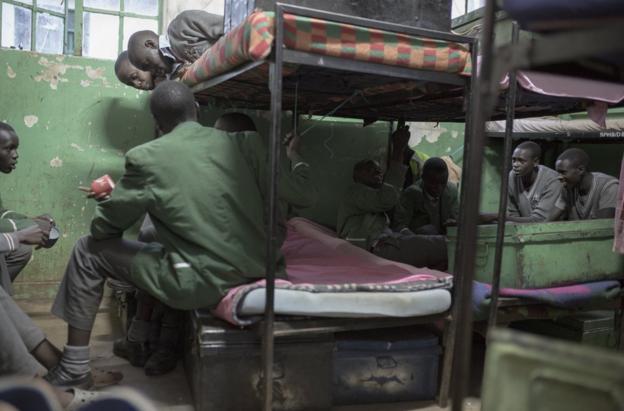 Suddenly, the group breaks up and the atmosphere becomes hectic. Small snacks are retrieved from the metal boxes, green school blazers are thrown around shoulders and leather shoes are laced up in haste.

The boys are on their way to class. With eyes wide open, they scout for teachers with canes before they run as fast as they can, past the trees planted by former medallists.

First lessons at St Patrick's start at 4.30am. The children are occupied all day until the last class ends at 10pm. Tea breaks, three meals and an hour and a half of sports, games or relaxation is the only interruption to their intense studies. 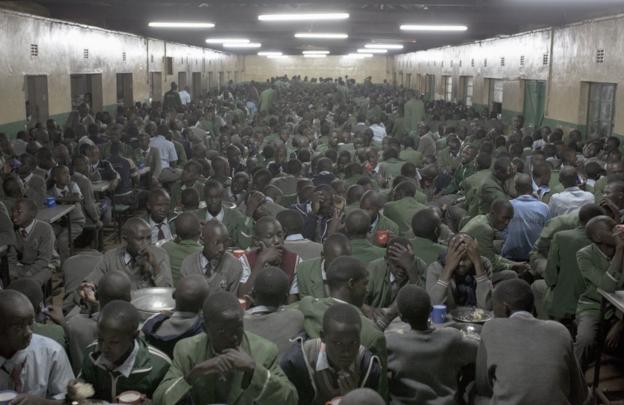 "It is important the students learn to be good humans, with discipline in life. If they do not learn that, they will never get far," says Peter Obwogo, the school principal.

Bad behaviour, tardiness or cheating is met with punishment by whip or by cane. It does not worry Kemboi. He is focused on his running and his studies. 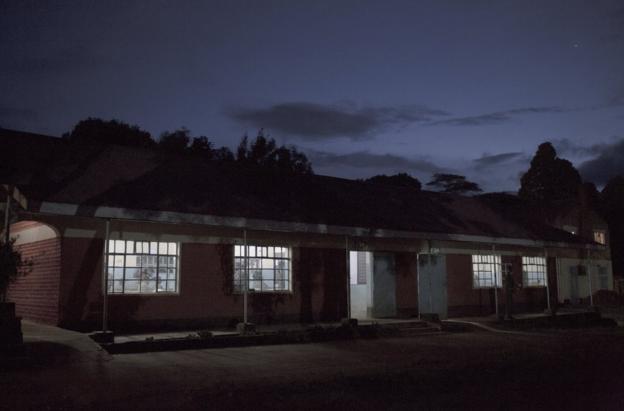 The wind is calm and a haze following the previous day's rain moves slowly around the still black sky. It is 5.30am. Kemboi walks beneath the cold streetlights on campus. Outside the gate, where the darkness begins, he stops and waits for the others - five students who have special permission to leave the classrooms for a morning run. They return 45 minutes later. Short of breath, they take a short break before they continue with stretching and more advanced exercises. 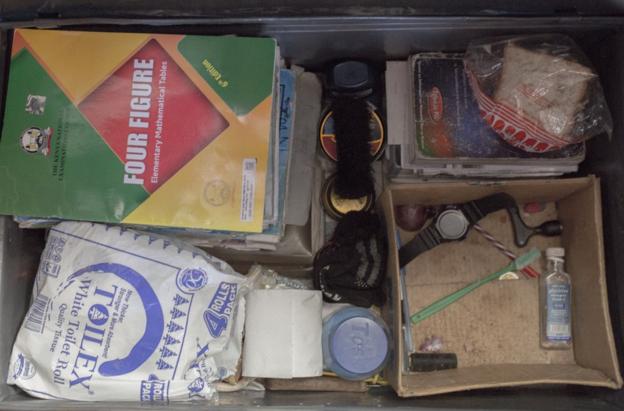 They need to take a shower and have breakfast before they join classes again at 7am. The breakfast is quick - just a cup of tea and a small piece of white bread.

"We only get small meals and it is not enough to sustain my body," Kemboi says. He normally trains for 45 to 60 minutes twice a day.

"When I have studied all day, I get really tired - even though I have not done anything," he says. "It sometimes makes me really annoyed. When I am in school I just have to accept the food, but when we are in training camp we eat good. A big portion." 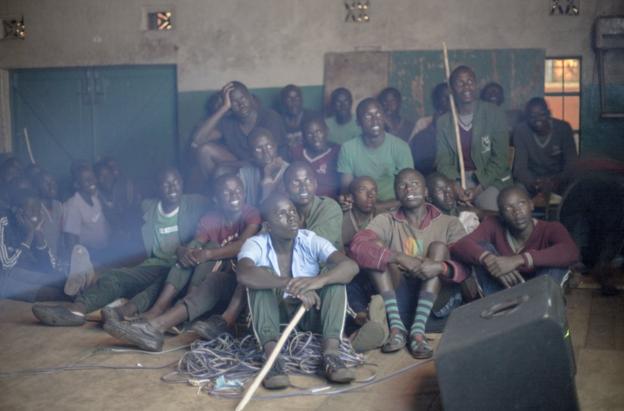 Kenya's great historical success in running means many youngsters dream about becoming the next big champion, about the possibility of travelling to western countries to study on a scholarship. For some, it is a chance to live a life otherwise out of reach.

In more developed countries, aspiring professional athletes design their whole lives around optimisations for training. For most in Kenya that is not a possibility. They just run. Like Kemboi.

Whether his efforts and talent are enough to get a scholarship in the United States, as it was for both of his siblings, O'Connell has no doubts.

As for whether he will achieve his goal of becoming one of the next great Kenyan stars - that is harder to predict. But many have followed the same path he is on now. 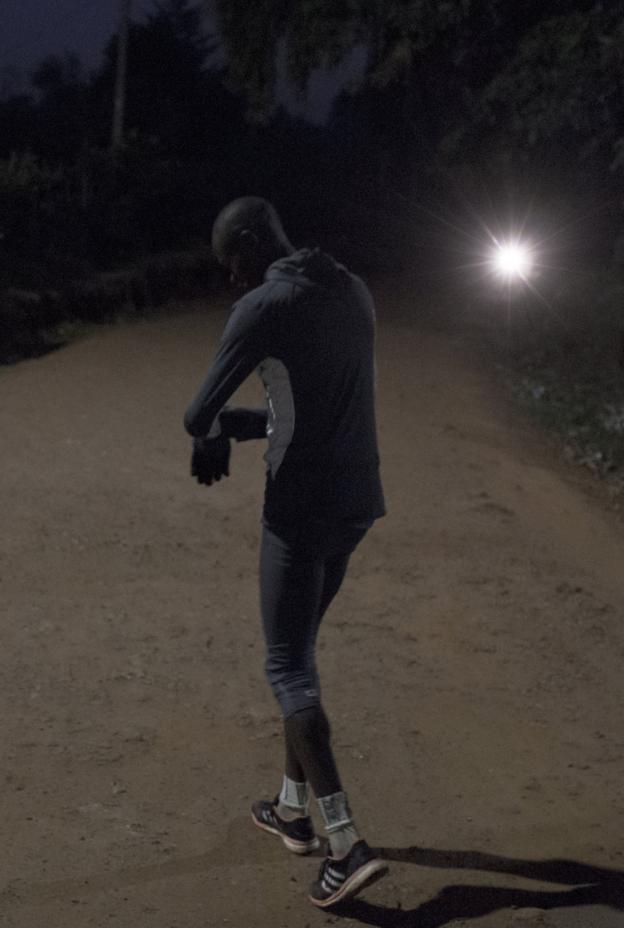