Newcastle United could be bought by an American entrepreneur if a Saudi Arabian-led consortium does not complete their proposed takeover of the club. (Telegraph)

Arsenal midfielder Henrikh Mkhitaryan wants to make a permanent move to Roma after the Armenian, 31, joined the Serie A side on a season-long loan last summer. (Goal)

Manchester United are set to agree new contracts with left-back Brandon Williams, 19, and goalkeeper Dean Henderson, 23, who has spent the last two seasons on loan with Sheffield United. (ESPN)

Everton could move for Paris St-Germain captain Thiago Silva after it emerged the French club will not offer the 35-year-old Brazilian defender a new deal. (L'Equipe - in French)

Sterling, Sancho, Alexander-Arnold and Rashford are named among the top five most valuable players in Europe by analysts

Spanish midfielder Dani Ceballos, 23, is open to a permanent move away from Real Madrid after spending the season on loan with Arsenal. (Independent)

The Champions League and Europa League knockout stages are set to conclude in Lisbon over the space of two weeks in August. (Independent)

Juventus and Argentina forward Paulo Dybala, 26, says it would be "very nice" to play for Barcelona. (Goal)

Liverpool want playmaker Adam Lallana, 32, to extend his contract until the end of the season. (Independent) 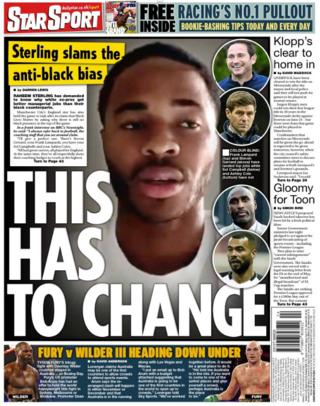