Arsenal have made an approach for Real Madrid and Norway midfielder Martin Odegaard, 22. (Sky Sports)

However, Odegaard is also reported to be nearing a loan move to Sevilla. (Cuatro - in Spanish)

Chelsea would prefer not to replace under-fire boss Frank Lampard with an interim manager mid-season. (Independent)

But Lampard will be sacked if Chelsea's results do not improve quickly. (Sky Sports)

The modern great with an uncertain future

Why Ramos and Real are at a stand-off...

Tottenham's English left-back Danny Rose is wanted by Turkish side Trabzonspor. The 30-year-old is out of contract this summer. (Mail)

AC Milan are closing in on an agreement for the loan of 23-year-old Chelsea centre-back Fikayo Tomori. (Gazzetta dello Sport)

Wolves are close to a loan deal for Real Sociedad's Brazilian striker Willian Jose, 29, with the option to buy. (Telegraph)

Arsenal target Emiliano Buendia has accepted Norwich will not let him leave for less than £40m. The 24-year-old Argentine midfielder is hopeful of landing a summer move. (Mail)

Tottenham are keen on signing Danny Ings, 29, from Southampton, with the England striker wanting to play in the Champions League. (Sun)

Real Madrid will wait until end of the season to sack Zinadine Zidane following their humiliating Copa del Rey defeat by third division side Alcoyano. (Marca - in Spanish) 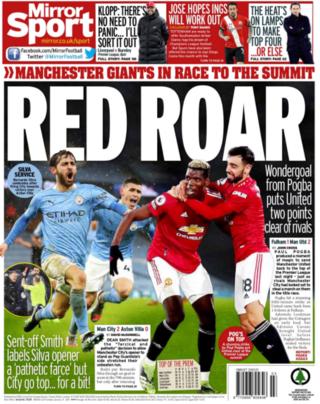