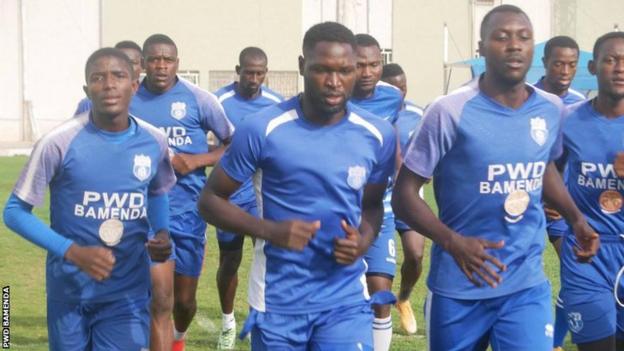 As last season's Champions League finally ends on Friday in Cairo teams across the continent are set to get the next one underway this weekend.

Among them is PWD Bamenda who in 2015 were in the fourth tier of Cameroon's football pyramid and will now face South African giants Kaizer Chiefs.

Against a backdrop of political tension and violent clashes the club managed to move up the leagues with the club eventually being promoted back to the top-flight at in 2018, after what was a 13-year absence.

They survived relegation by a whisker in their first season back in Elite One but were crowned league champions earlier this year.

Their first major silverware was won with an element of luck as they were given the title because they were top of the table with a game in hand in May when the coronavirus pandemic ended the domestic season early.

The club's president Pascal Abunde says the club's philosophy has not changed over the years.

"We haven't made major changes. It's true there's been a huge change in the budget of the club to meet our current status but again the fundamentals are the same," he told the BBC's Newsday programme.

The domestic league title came with a place in the African Champions League where they begin their campaign in the preliminary round against two-time South African champions, Kaizer Chiefs.

"We know the budget of Kaizer Chiefs is maybe 20 times or 50 times more than ours," Abunde admitted.

"It's true we are the underdogs. We will be going into this game with no pressure and we know it's our opponents who are under pressure now." 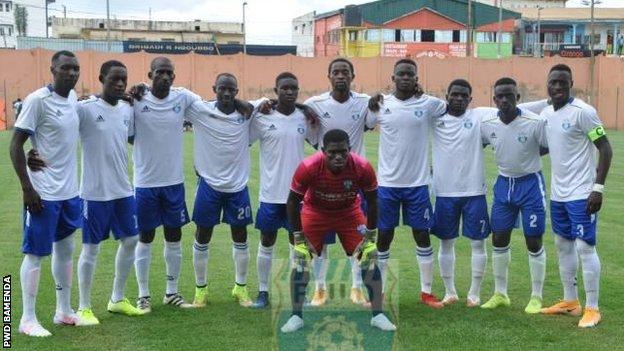 What makes PWD's story even more remarkable is the backdrop to their continuing rise.

The city of Bamenda is in the North-West of the country, one of the regions which have been plagued by increasing violence between government forces and rebels, who have been demanding an independent state for Cameroon's English-speaking minority since 2016.

In March 2019, both the coach of local Elite One rivals Yong Sports Academy and an entire university football team were kidnapped in separate incidents.

PWD will be hosting its home leg on Sunday in the South-Western city of Limbe partly due to security concerns but mainly because the facilities at their own ground do not meet the competition's requirements.

"It's a huge opportunity for a club like ours that has been playing in a region that has been characterised by socio-political upheavals," Abude conitnued.

"This club, for us, is the one thing that's most precious to us, and our performances give us a reason to think that people can be able to hope for better days ahead.

"It's important to be able to bring together all our sons and daughters of this area to hope for peace to return to our region".

The government's coronavirus restrictions mean only 200 fans will be allowed into the Limbe Omnisport Stadium.

Those 200 will hope a club with such astonishing momentum could pull off yet another surprise, in order to take a lead to next week's second leg in South Africa.

The winners of the preliminary tie will face 2018 semi-finalists Primeiro de Agosto of Angola in the competition's first round.