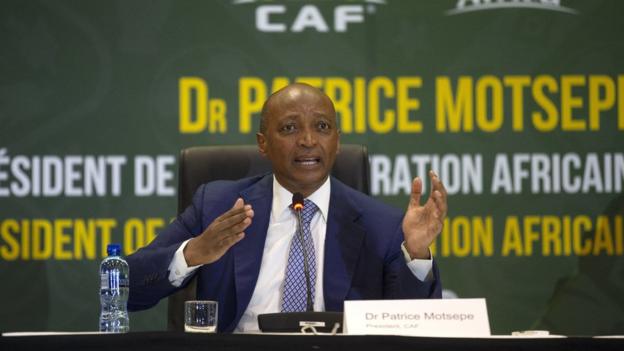 Patrice Motsepe, the new president of the Confederation of African Football (Caf), may agree with Fifa President Gianni Infantino on many things but the timing of the Africa Cup of Nations is not one of them.

Last year, Infantino said he wanted the Nations Cup to be played every four years, not every two as it is now, saying the biennial nature of the event had failed to provide any commercial or infrastructural benefit for Africa.

"This is one area where there are different views among different people - I have no doubt it has to be every two years," the South African, whose ascent to the Caf throne was partly aided by Fifa, said on Tuesday.

Motsepe's comments came on the same day as former Arsenal manager Arsene Wenger, who is chief of global football development at Fifa, called for the World Cup to be played every two years.

Many managers in Europe have long complained about the Nations Cup's timing, which has often come in the middle of their season.

Motsepe's predecessor Ahmad moved the event from its traditional January-February slot to June-July for the 2019 event, but weather conditions in Cameroon mean the 2021 finals will revert back to the year's first two months.

Similar weather patterns in Ivory Coast, whose wettest month of the year is June, mean the 2023 finals might also be rescheduled to earlier in the year.

With the Nations Cup providing the lion's share of revenue for a confederation that has been losing money since 2017, Motsepe want its income - 'we need the money' - to instil proper financial foundations to secure a brighter future for crisis-hit Caf.

"I have no doubt in my mind that I am not going to be president of an organisation which four years from now has not had significant, tangible, practical, assessable progress - it is not going to happen," he rallied.

The ninth-richest man in Africa with a fortune of some three billion dollars, Motsepe is eyeing wholesale change as he looks to restore credibility to an organisation mired in controversy in recent times.

His predecessor Ahmad was barred from last week's elections on account of his two-year ban by Fifa, which helped broker a deal whereby Motsepe assumed the presidency above three rivals in the name of 'African unity'.

"It's part of our plan that an African team must win the World Cup," said the 59-year-old, who led the South African club he owns - Mamelodi Sundowns - to African Champions League glory in 2016.

No African team has ever reached the World Cup semi-finals, but Motsepe hopes that solid finances can bring about real change.

"When Sundowns won the Champions League, I had to take money out of my own pocket to give the players on top of the money they had won - because (the prize money) was ok, but it was just ok."

Motsepe has expressed a desire to boost the prize money for both the Africa's Champions League winner, which currently stands at $2.5m, and the Confederation Cup, Africa's equivalent of the Europa League, which is $1.25m.

Chief among Motsepe's issues is the fact that many countries in Africa cannot watch the Champions League, Confederation Cup, African Nations Championship nor Nations Cup qualifiers after South African broadcaster SuperSport cancelled a TV deal worth over $200m in late 2019.

"In South Africa, huge money is spent for people to watch European football, and it's wonderful, but we want them to spend huge money watching football in Africa," the mining magnate said shortly after his election on Friday.

SuperSport cancelled their broadcast deal after Caf struck off its billion-dollar deal with French company Lagardere Sports, for which a fine is still expected, while the fate of an already-existing fine - for some $12.5m after a row between Caf and Egypt's Economic Court dating back to 2015 - is unclear.

Faouzi Lekjaa, who headed up Caf's Finance Committee under Ahmad, said on Friday that Caf has enough money to last '5-6 years' unless it can boost its revenue, with its reserves having shrunk by $40m between 2019 and 2020.

The new Caf president's ultimate dream is that all African countries will be self-sustainable, so much so that the continent's clubs will have the money to keep players at home - which happens in few nations at present.

"We need money to pay the players competitively because we will not be able to keep the best players in Africa in Africa - for the medium-to-long term - if we don't compete," he said.

"I know from experience that there are some leagues in Europe where we pay players more in South Africa - such as Sweden, Denmark, Norway and others." 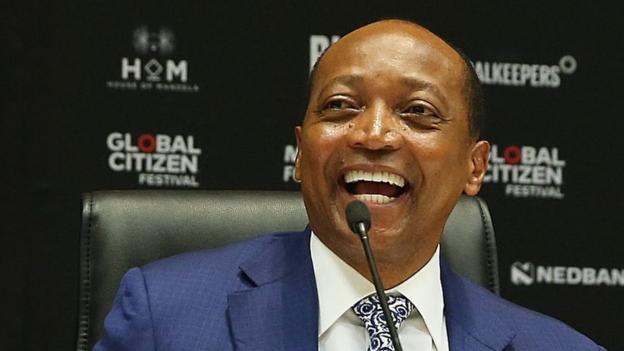 Motsepe's leadership is set to greatly differ from his predecessors, who tended to brook no criticism while keeping power in the hands of relatively few.

During his few days in office, the business tycoon has made it clear he is very open to the opinions of others - as he explained when answering reports of a heated Executive Committee meeting, the first of his reign, on Saturday.

"We have got to allow people to disagree with the president, to give the president different views," said a man who has pledged to visit all Africa's 54 countries by March 2022.

As he promises progress, Motsepe believes Caf has a far greater role to play in Africa - saying that after initially rejecting the idea of being Caf president, he came around to the idea after being excited by the possibilities.

"By 2050, we will have the youngest population in the world in Africa," he said. "If we do not give a future to those young people, we will have persistent instability, uprising, civil wars - football has a unique role to play."

Motsepe, the eighth president in Caf's history, is set to serve until 2025.