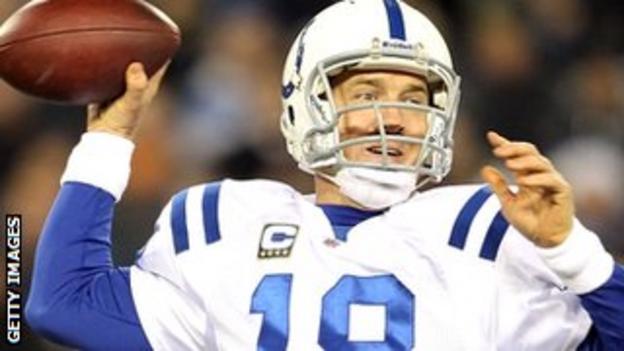 Peyton Manning is finalising a move to the Denver Broncos, the National Football League website has reported.

The quarterback, who turns 36 on 24 March, is the NFL's only four-time Most Valuable Player.

In July 2011 he signed a five-year contract extension with Indianapolis but missed the entire 2011 season due to a neck injury that required surgery.

Manning was released by Indianapolis on 7 March after 14 years with the team, during which he won the Super Bowl.