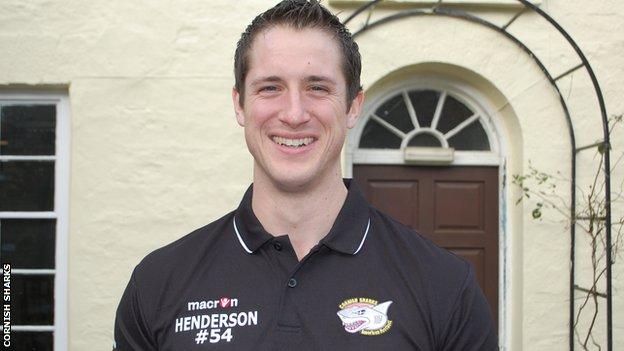 Henderson re-joined the Sharks in January having spent a spell playing for Cambridge.

"Matt could play down in the States and by the time the NFL have a team in London Matt will be one to be looked at, he's that good," Smallworth added.

Henderson was one of 10 Sharks players to go to the Great Britain trials, with the other nine players included in development squads.

He will be part of the Great Britain side that plays in the European championships this summer.

Smallworth continued: "It's a showcase that down in this county we've got players that can play at the highest level.

"He's a good leader both on and off the field and when people come and watch him control the defence at Mount Wise they will be a dominating defence."