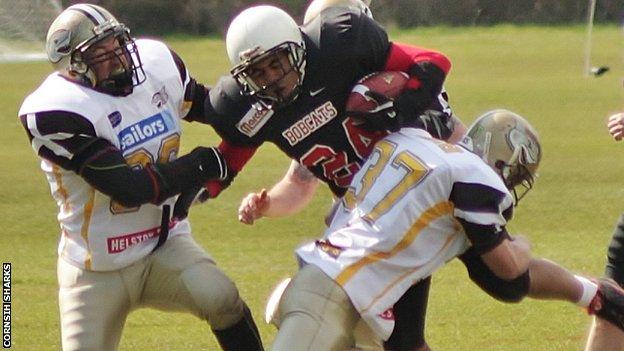 Bobcats running back Klynton Dyer opened the scoring with a superb 80-yard touchdown in the first quarter.

The Sharks got a touchdown back as Adam Kevern ran in from 10 yards.

But the decision to go for a two-point conversion was a costly one as they missed it and lost 7-6.

"Next time we play them down here we'll score a few more points and they won't score on us," he added.

The defeat was the second low-scoring loss for the Sharks to Bournemouth this season after they went down 6-2 in Dorset last month.