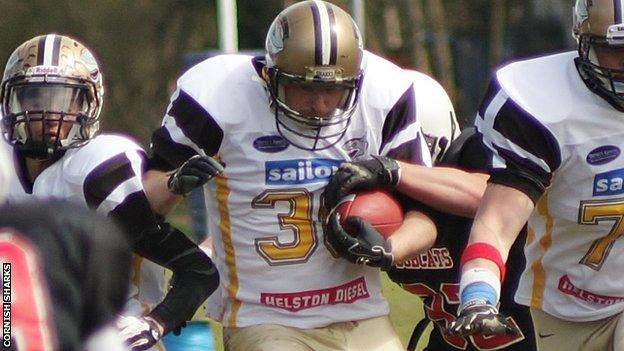 Cornish Sharks kept their play-off hopes alive with an impressive 41-6 win over bottom side Bristol Apache in the Division Two West of the British American Football league.

Adam Kevern ran in three touchdowns while David Kriehn got two as the Sharks led 36-6 at half time.

Matt Cann got the Sharks' other touchdown for their third win of 2012.

"It was important to keep the drive for the play-offs alive," head coach Brian Smallworth told BBC Radio Cornwall.

And Smallworth says he was pleased with the way running-backs Kevern and Cann performed in Bristol.

"We were firing on all cylinders and we could move the ball.