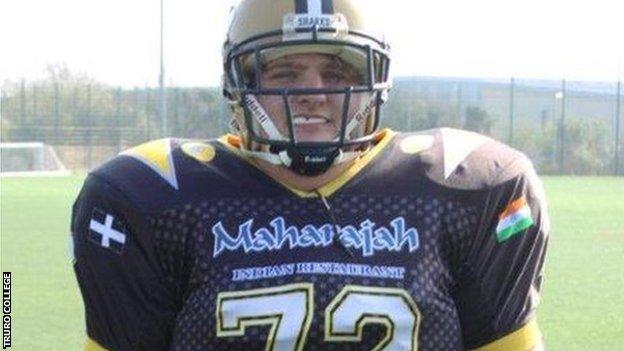 The 17-year-old former Truro College student attends Gracelands University in Iowa and suffered the injury during a close-season training session.

Girling has returned to Cornwall and will join up with the Cornish Sharks, with a view to being fit for the British play-offs.

"It didn't really set me back in football playing because I did it in the off-season," he said.

"Hopefully I should be cleared to play for the Sharks within a month. But I really have to get strong again for America."

Girling will return to Iowa in January for the second year of his four-year scholarship.