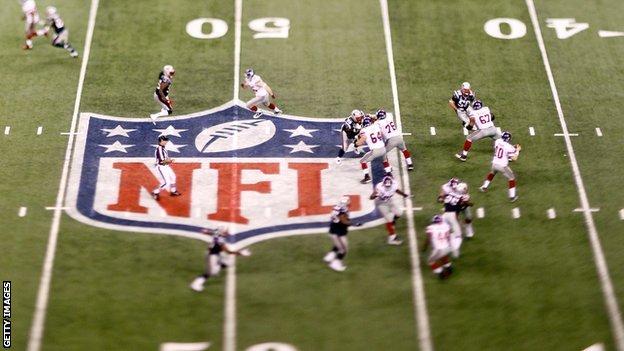 The BBC is to broadcast the NFL's Monday Night Football for the 2012 season.

The games will be live on the BBC Red Button and BBC Sport website, while Radio 5 live sports extra will also have at least one commentary per week.

The season finishes with the Super Bowl on 3 February 2013.

There will also be BBC coverage of the Wembley clash between the New England Patriots and St Louis Rams on Sunday, 28 October, as well as weekly play-off highlights in January.

Coverage of the Giants v Cowboys game begins at 01:30 BST on Thursday, 6 September.

Barbara Slater, the BBC's director of sport, said: "We look forward to bringing Monday Night Football to our audience, who this summer have shown a great appetite for sport content via our Online and Red Button streams.

"We're delighted that our relationship with the NFL continues to grow and we look forward to a great season."