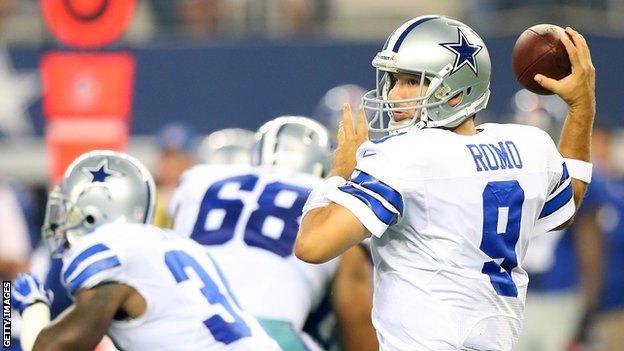 The Dallas Cowboys will play the Jacksonville Jaguars in one of three International Series games at Wembley in 2014.

The Oakland Raiders 'host' the Miami Dolphins and the Atlanta Falcons face a 'home' game against the Detroit Lions.

The Jaguars are scheduled to play an annual 'home' contest in London each year until 2016, starting with Sunday's meeting with the San Francisco 49ers.

The Cowboys have never played a competitive match in the UK.

They will be joined in making their first International Series match by Detroit, Atlanta and Oakland.

Last month a crowd of 83,519 watched the Minnesota Vikings beat the Pittsburgh Steelers 34-27 in the seventh International Series game.

Wembley has hosted regular-season games every year since 2007 but this season is the first to feature two games.