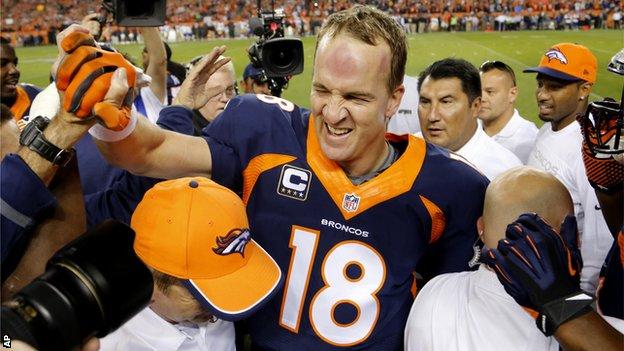 The 38-year-old quarterback eclipsed Brett Favre's previous record of 508 by throwing his 509th and 510th scoring passes during the 42-17 win.

Manning set his record in 246 games - of which 208 were with the Indianapolis Colts - while Favre reached his mark in 302 games.

"I was glad it was here in Denver. The fact we won the game certainly allows you to celebrate with your team.

"The touchdowns I've thrown have helped us win a lot of games. That's the only reason [the record is] somewhat special."

Manning, who missed the 2011 season with a neck injury that required surgery, joined the Denver Broncos in 2012.