Indianapolis Colts linebacker Edwin Jackson has died after being hit by a suspected drink driver in Indiana on Sunday.

Jackson, 26, was one of two people killed in the incident when they were struck by a vehicle while standing on the roadside.

Jackson made 16 appearances for the Colts in 2016, recording 66 tackles, but was injured throughout this season.

"Edwin was loved by all," the Colts said in a statement.

"We admired his outgoing personality, competitive spirit and hard-working mentality.

"He was well-respected among all with whom he crossed paths, and he will be greatly missed in our locker room and throughout our entire organization."

Indiana State Police say Jackson was a passenger in a 2018 Lincoln when he fell ill, and had got out of the car before he and his driver were hit by a Ford F-150 pickup truck.

In a statement, police say the driver of the vehicle - a 37-year-old man - fled the scene on foot before being apprehended shortly after.

They believe the driver was "intoxicated and driving without a license". 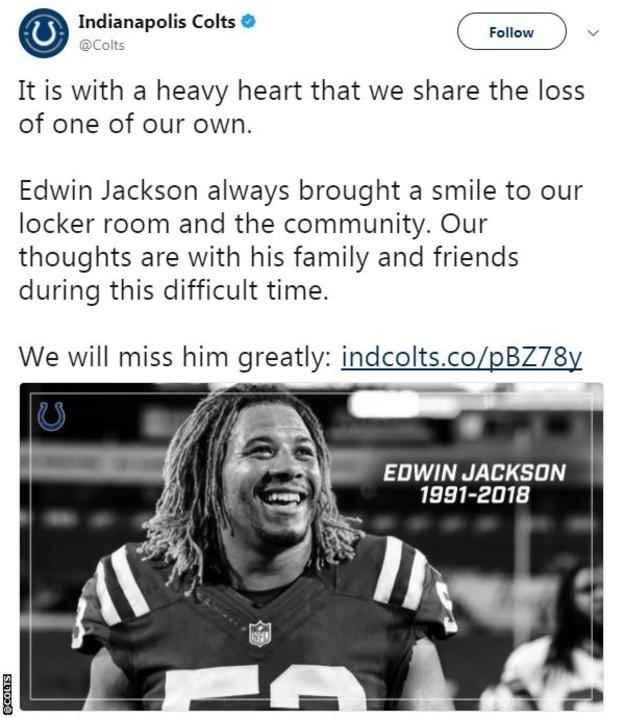