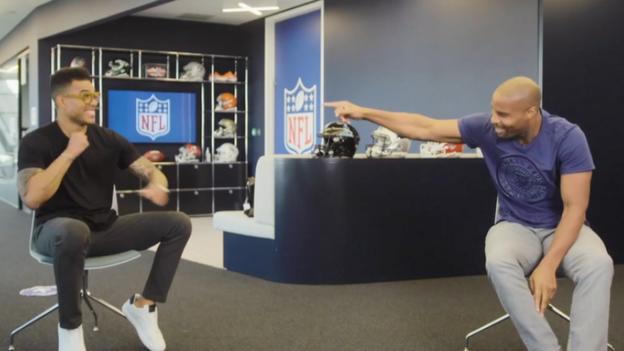 The NFL is back and it's time to put your prediction skills to the test.

Our experts Osi Umenyiora and Jason Bell have picked out the three games they think will be significant in week four and explained their reasons.

But who do you agree with? And who do you have in your weekend picks? Vote below, and we'll reveal who did the best.

Jason: The Colts lead the league on turnovers, their defence is what's fuelling them. I'm going with Indianapolis.

Osi: The Bears are 3 and 0 going into this game, but they're going to be 3 and 1 afterwards. Defensively the Colts are too tough for them.

If you are viewing this page on the BBC News app, please click here to vote.

Jason: The Chiefs have the best offense in the league and the Patriots have the best unit of defensive backs. Can they slow down the Chiefs? I'm going with Kansas City.

If you are viewing this page on the BBC News app, please click here to vote.

Jason: I'm going with Tampa Bay. Tom Brady and the offense is getting better each week. And Tampa's defence is great against the run which is what the Chargers want to do.

Osi: I think the Bucs are about to get rolling now. They're very strong defensively, and Brady and that offense will be too much for the Chargers and their rookie quarterback, Justin Herbert.