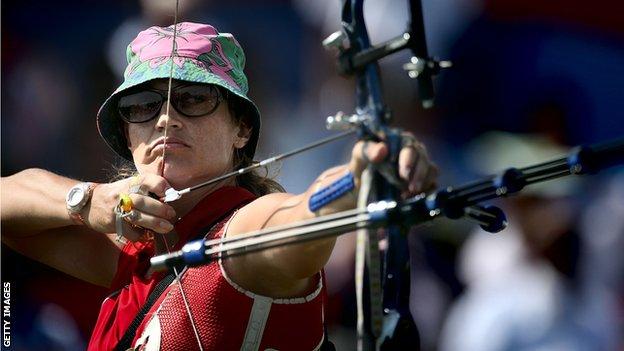 Alison Williamson top-scored in the first of three selection shoots to stay on course for her sixth Olympics.

The Athens bronze medallist topped the seven-strong women's competition as Great Britain's hopefuls were whittled down from 17 to 12.

The top three men and the top three women at the three-day final shoot from 19-21 April will compete at Lord's at this summer's Olympics.

"There were some fantastic performances, and for 12 archers the dream lives on," said Archery GB performance director Sara Symington.

"It was a very tense, competitive, dramatic weekend, as you'd expect."