The high-class field has the look of a dress rehearsal for the World Championships in two months time. World record holder David Rudisha of Kenya makes his first Diamond League appearance of the year, having pulled out of the season opener in Doha with an ankle injury. He only returned to competitive action last weekend in Nancy in France, but responded with the fastest time in the world this year.

The 2010 Athlete of the Year claimed a thrilling victory in this race last year when he edged away from South Africa's Mbulaeni Mulaudzi and fellow Kenyan Alfred Yego in the closing stages. Both men are again likely to provide him with a stern test on Thursday, along with Olympic 1500m champion Asbel Kiprop and past and present European champions Bram Som and Marcin Lewandowski. 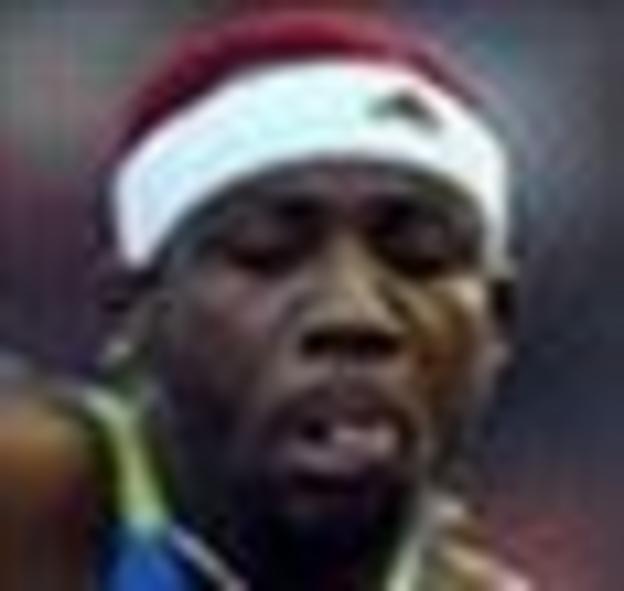 World champion Phillips Idowu makes his first outing since he fell out with Charles van Comenee, the head coach of UK Athletics, by opting out of the European Team Championships. The 32-year-old's last competition was New York's Diamond League meeting on 11 June, an event he won in wet and blustery conditions. He also triumphed in Rome in May and sits four points clear at the top of the Diamond League standings.

Teddy Tamgho, Idowu's main rival for the world title, remains an enigma after a poor display in New York, where he could only finish seventh. Notwithstanding the atrocious weather conditions, his best jump of 15.55m was well over two metres down on his world leading mark of 17.67m set in France just four days earlier. Sweden's 2004 Olympic champion Christian Olsson remains the best of the rest on the evidence of this season.

Tiffany Ofili-Porter of Great Britain returns to the role of underdog after only managing fourth place at the European Team Championships when she was the pre-event favourite. She will prefer to focus on repeating her Diamond League display in New York earlier this month when she beat a host of established stars to finish an encouraging third.

Danielle Carruthers beat her US compatriot and current world number one Kellie Wells that day and the two women will again start as the favourites. Australia's Olympic silver medallist Sally Pearson and two-time World Championships finalist Virginia Powell-Crawford can not be discounted.

Double world champion Maryam Jamal of Bahrain is a three-time winner of this race but not since 2008. Her great rival Gelete Burka, the winner in both 2009 and 2010, misses out so Ethiopian hopes could rest with teenager Kalkidan Gezahegne, who claimed the world indoor title last year.

Former world champion Janeth Jepkosgei is also a threat, along with world 800m champion Caster Semenya - who says she prefers the 1500m and may double up at the London Olympics. Unheralded 29-year-old British athlete Charlene Thomas was the surprise winner of the 1500m at the recent European Team Championships and is rewarded with a starting place in Lausanne.

Britain's Dai Greene continues his preparations for Daegu by taking on Kerron Clement and Javier Culson, the gold and silver medallists respectively from the last World Championships. Greene finished seventh in that Berlin final, almost half-a-second off bronze medallist Bershawn Jackson, but the 25-year-old has since added the European and Commonwealth titles to his improving CV and is considered a serious contender for global honours these days.

LJ van Zyl, the Diamond League leader and owner of the four fastest times in the world this year, sits this race out. His six-race unbeaten start to 2011 was ended in New York earlier this month by Puerto Rican Culson. Young South African Cornel Fredericks is the fastest man in the field after April's new lifetime best performance of 48.14 seconds.

The evening's programme of events could end with an attempt on Sammy Kipketer's meeting record. His time of 13:01.93 set in 2000 is in serious jeopardy in this company, especially as six of the field have already ran faster times this year.

All three previous 5,000m Diamond League races this season have been won by Ethiopians. Two of those winners, Imane Merga (Rome) and Dejen Gebremeskel (New York), are in action again, alongside fellow young countrymen Abera Kuma and Tariku Bekele.

A strong Kenyan contingent is led by Vincent Chepkok. He finished third, behind Merga and compatriot Isaiah Koech in Rome, a race that produced eight of the 10 fastest times of the year. Chepkok is joined by Mark Kiptoo, Jacob Cheshari and 2003 world champion Eliud Kipchoge.