This has the potential to be the most thrilling race of the evening. Great Britain's Dai Greene leads the Diamond League standings after consecutive victories in Lausanne and Birmingham, but he faces his toughest challenge yet as he attempts a hat-trick.

For the first time this season, the European and Commonwealth gold medallist lines up in a race alongside Olympic and world champions Angelo Taylor and Kerron Clement, world number one Bershawn Jackson and the fastest hurdler of 2011, LJ van Zyl, who beat Greene in Rome two months ago.

All eight athletes in the field have run under 48 seconds, half of them doing so this year. 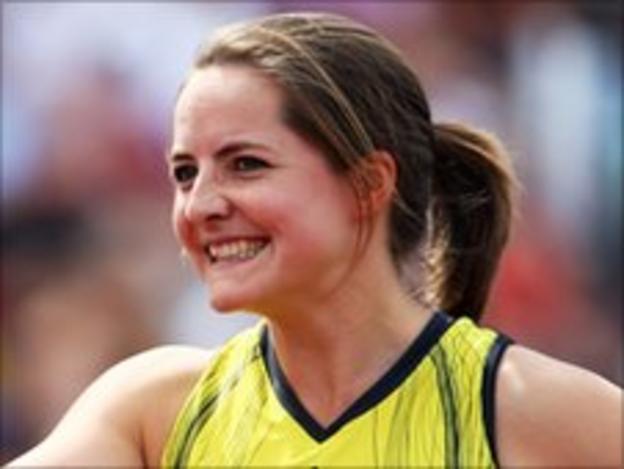 With three successive Diamond League victories, world leader Christina Obergfoll of Germany has a healthy advantage in the overall standings for the women's javelin.

Olympic champion Barbora Spotakova has not won outside of her native Czech Republic this season but she does lead Obergfoll by 24 wins to 16 in their head-to-head count.

Great Britain's Goldie Sayers split the two long-standing rivals at the European Team Championships in June with her longest throw (64.46m) since coming fourth at the 2008 Olympics. She has maintained good form in two subsequent outings to suggest she has a medal chance at next month's World Championships.

Phillips Idowu's quest for a fourth Diamond League victory of the season, as well as a successful defence of his world title, has been made easier by the broken ankle suffered earlier in the week by chief rival Teddy Tamgho.

Idowu leapt 17.54m to beat Tamgho in Birmingham a fortnight ago and they are the only two triple jumpers to win a Diamond League meeting this summer. Nonetheless, Idowu faces a new challenger in little-known Ukrainian Sheryf El-Sheryf. The son of a Syrian doctor, El-Sheryf added 80cm to his personal best to win the European Under-23 title with a giant leap of 17.73m last Sunday. 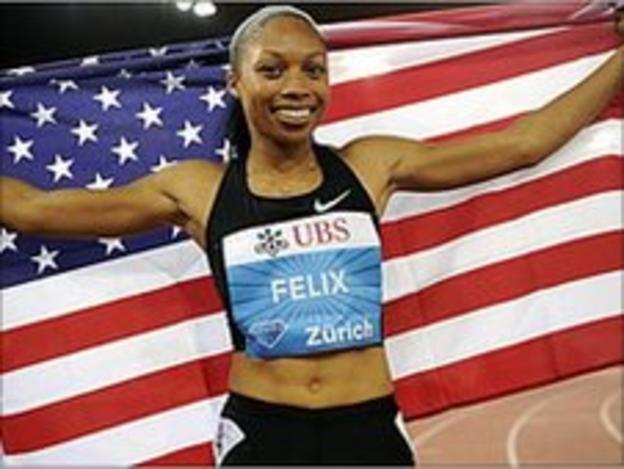 Triple world champion Allyson Felix races for the first time since securing the American 400m title a month ago. Felix has raced lightly over her specialist 200m this season but won the New York leg of the Diamond League series on her last outing over the distance on 11 June.

Felix did not contest the 200m at the US Championships, which was won by Shalonda Solomon in a world-leading time of 22.15 seconds. Carmelita Jeter, the world leader in the 100m, was runner-up in a personal best of 22.23 seconds, and both Americans take on Felix in Monaco.

Mo Farah has been imperious since moving to the USA early in the year to work under renowned coach Alberto Salazar. Farah has won his last seven races on the road and track, including Diamond League wins in Eugene and Birmingham. He could threaten the meeting record of13:06.36 set by the legendary Moroccan Said Aouita in 1989.

Farah will certainly have to be quick to win; his opponents include former world champion Bernard Lagat and Ethiopia's world leader Imane Merga, who ran 12:54.21 in Rome.

The peerless Usain Bolt races over 100m for the first time since clocking 9.91 seconds in Ostrava on 31 May. The world's fastest man has not competed before in Monaco and faces a stringent workout against seven other sprinters who have also dipped below 10 seconds.

Fellow Jamaican Michael Frater and the USA's Michael Rodgers both have faster times than Bolt this summer, setting personal bests of 9.88 and 9.85 seconds respectively. Another Jamaican, Nesta Carter, is the fourth quickest sprinter in history, while Christophe Lemaitre will be looking to improve on his French record of 9.95 seconds.