London's calling, and more than 40 Olympic and world medallists have arrived to compete in the final major meeting before the World Championships.

The British challenge is led by Mo Farah. These are some of the expected highlights over the two days of competition.

Full entry lists and timetable on the official website

Londoner Perri Shakes-Drayton loves to talk, but it is she who is being talked about after last weekend's UK Championships when she won an unprecedented double over the 400m - beating Olympic champion Christine Ohuruogu - and her specialist 400m hurdles.

The 22-year-old is maturing into a major championship medal contender, but she faces the ultimate scrutiny of her progress on Friday when she meets the top three hurdlers in the world rankings.

Olympic and world champion Melaine Walker is yet to win on the Diamond League circuit this season and is not even the best hurdler in her native Jamaica, having been usurped by Diamond League series leader Kaliese Spencer. Czech hurdler Zuzana Hejnova ran a world-leading 53.29 seconds in Paris recently to secure her second consecutive Diamond League victory. 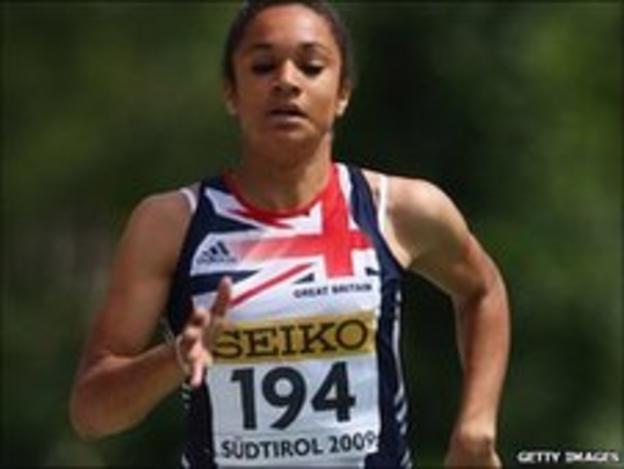 The fastest girl on earth is Britain's Jodie Williams, and the 17-year-old makes her Diamond League debut fresh from adding the European Under-23 sprint titles to her three world junior and youth gold medals.

Williams famously won her first 151 outdoor races before she was beaten last year, but the teenager is the slowest on paper in this field.

Shalonda Solomon ran the fastest 200m of the year in June (22.15 seconds) to win the US title. Compatriot Bianca Knight was fourth in that race in a personal best 22.35 seconds and has since won at the Diamond League meeting in Birmingham.

British pair Chris Tomlinson and Greg Rutherford have brought out the best in each other this summer; Rutherford jumped a wind-assisted 8.32m to win at the Eugene leg of the Diamond League series in June, with Tomlinson responding by breaking his rival's two-year-old national record with a leap of 8.35m in Paris.

They face opposition worthy of a major championship final, led by the world's top two: Mitchell Watt of Australia and reigning Olympic champion Irving Saladino. Watt has the best three jumps of the year, culminating in 8.54m in Stockholm last weekend, while Saladino cleared 8.40m to beat Tomlinson and Rutherford in Paris.

World gold and silver medallists Dwight Phillips and Godfrey Khotso Mokoena have struggled for form this season but can boast proven pedigree.

Mark Lewis-Francis, Marlon Devonish and Craig Pickering are involved in a domestic showdown for the third 100m spot on the British team at the World Championships, but they will do well to progress from their heats on Friday night due to the strength of the opposition.

Asafa Powell, the fastest man on the planet this year, was due to run but has withdrawn from the meeting for the second straight year.

Yohan Blake narrowly lost to Powell at the Jamaican Championships. He has run a wind-assisted 9.80 seconds and has a legal best of 9.89 seconds when second to Tyson Gay at Crystal Palace last year. Another Jamaican, Nesta Carter, is a late addition to Friday's line-up; he is the fourth quickest sprinter in history.

The currently unstoppable Mo Farah extended his winning streak to nine races by clinching the UK 5,000m title last Sunday. Since moving to the USA to work under coach Alberto Salazar, Farah has won over four different distances and set British and European records along the way.

Farah has not competed over 3,000m since winning the European indoor title in March. His main rivals at Crystal Palace should be Commonwealth and African medallist Mark Kiptoo and fellow Kenyan Sammy Mutahi, the world indoor 3000m bronze medallist.

Discus rookie Lawrence Okoye suffered the first setback in his breakthrough season last weekend when he only finished fifth at the UK Trials.

The 19-year-old, who last month set a British record of 67.63m and then won the European Under-23 title, faces two of the all-time greats in London.

Olympic champion Gerd Kanter and Lithuania's former world and Olympic champion Virgilijus Alekna have set the standard in men's discus throwing down the years. But the pair have not had it all their own way this year: Hungary's Zoltan Kovago heads this year's world lists with 69.50m.

Olympic champion Christine Ohuruogu suffered a setback in her return from injury when she was beaten by hurdles specialist Perri Shakes-Drayton at the UK Trials.

Ohuruogu's season's best is almost two seconds down on her quickest time, a fact that also applies to her great rival, Sanya Richards-Ross. The American world champion admits her own comeback from injury has been tougher than expected, and she has failed to win in the last six attempts over one lap.

Jamaica's Novlene Williams-Mills is quickest in the field this year with a time of 50.05 seconds set in July, but Olympic and world silver medallist Shericka Williams has not finished higher than sixth in her three previous Diamond League races this year.

It has been run since 1953 when it was inaugurated by Sir William Carr in memory of his father Sir Emsley Carr, a former newspaper editor. Last year's winner Augustine Choge defends his title but the Kenyan faces a formidable opponent in the shape of Bernard Lagat, a two-time Olympic medallist and former world champion over 1500m and 5000m.

The domestic charge is led by Andy Baddeley, but he is a long way from the form that brought him a personal best and famous win in Oslo three years ago. 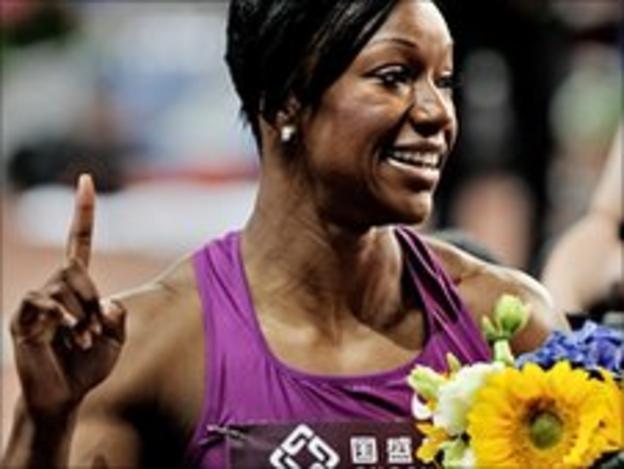 Success has come relatively late to Carmelita Jeter, who at 31 has become established as the world's top female 100m sprinter.

She has won eight of her nine outings this season, including at the USA Championships, and set a blistering world leading time of 10.70 seconds. A first major international title is a realistic goal at this month's World Championships.

She faces a double-barrelled threat in London from Caribbean sprint queens Shelly-Ann Fraser-Pryce and Kelly Ann-Baptiste, who have both run under 11 seconds this season.

Tiffany Ofili-Porter heads for the World Championships as a realistic medal contender and yet much of the media attention on her this week has been about the critics who have called her a 'Plastic Brit'. The 23-year-old was born and raised in the United States but has become eligible to represent Britain thanks to dual citizenship through her London-born mother.

However, on the track Ofili-Porter is proving a real asset to British athletics and she set a new British record of 12.60 seconds at the Diamond League meeting in Monaco.

The race favourite is Australian Sally Pearson, who is unbeaten this year and ran a lifetime best and world-leading 12.48 seconds in Birmingham. Danielle Carruthers (12.52 seconds) heads a powerful American contingent, while Ireland's Derval O'Rourke is always a dangerous opponent when a major championships is on the horizon.