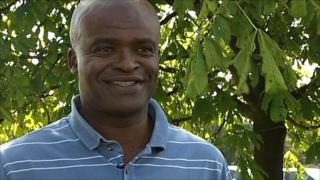 The Olympic bronze medallist adds that he would love to see Greene beat his British 400m hurdles record at the London Olympic Games, but thinks he may do so earlier.

Akabusi set his record of 47.82 seconds at the 1992 Barcelona Olympics, while Greene managed a time of 48.26 seconds in Daegu, South Korea.