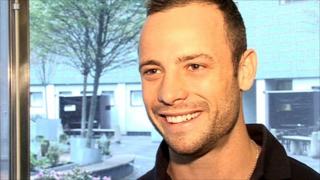 Oscar Pistorius defends himself against criticism from former Paralympic world champion Tanni Grey-Thompson that he is devaluing the Paralympics by also competing in the Olympics.

The South African also reflects on a World Championships in which he qualified for the semi-finals of the 400m individual event and became the only Paralympian to win a medal at an able-bodied games, having run the first leg in the 4x400m heats before being dropped for the final.