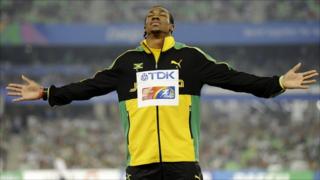 Blake was riled by Powell calling him "a boy" after the Jamaican trials, but vows their imminent meeting will be "a whole new ball game" following Blake's gold medal in the 100m final in Daegu, South Korea, a race Powell missed through injury.

Watch live coverage of Diamond League in Zurich on Thursday 8 September on BBC Two and the BBC Sport website from 1900 BST.