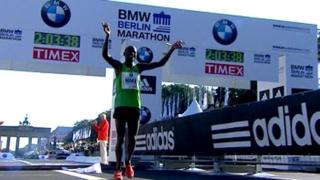 Ethiopian legend and double Olympic champion Gebrselassie, who had won four consecutive races in Berlin between 2006 and 2009, failed to finish after experiencing stomach problems after 27km.