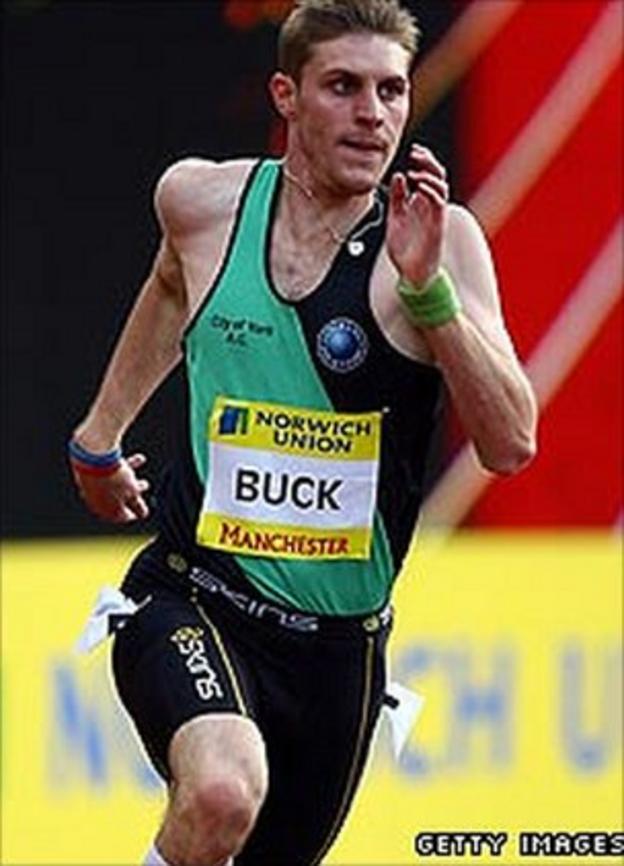 Buck's time of 46.95 seconds at Birmingham on Saturday was just over a second outside the time he needs.

He told BBC Radio York: "It was a little bit less than what I wanted but it was enough to make me happy.

"I'm just a little bit off the qualifying time but I should hopefully be going in there as favourite."

He added: "It's very important. It's only the first place athlete at the trials that guarantees their place in the team.

Regardless, the Olympics are coming and I'm just getting on with it

"That will obviously be the aim for everyone who's going there. I think I'm in a strong position to do that now.

"You can never tell exactly where you are because you don't know what everyone's doing in training.

"But it's safe to say that I still think there's a little bit more to come from me, so I think I'm in a good position."

Buck, who is now based in Loughborough after starting his career at the City of York Athletics Club, is still working part time in a supermarket to help meet his training costs after having his UK Athletics funding withdrawn last year.

"The hardest thing we find is recovering from sessions because it takes so much out of you then I have to go and work evening shifts as well," he said.

"The chances for rest are pretty limited.

"So we're having to maybe not dramatically, but occasionally cut the training a little bit to take that intensity out so I can recover in time for the races and the next sessions.

"Regardless, the Olympics are coming and I'm just getting on with it."