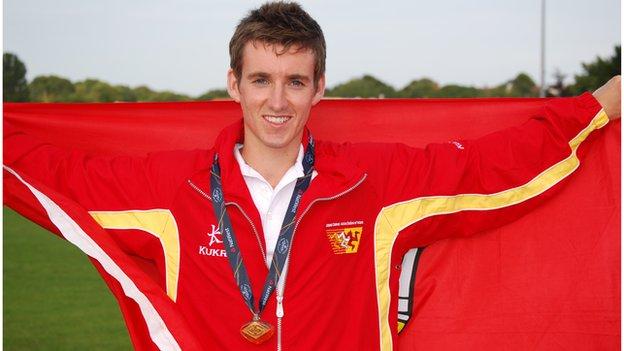 Isle of Man athlete Keith Gerrard said he is in the "shape of his life" after winning Saturday's English National Cross-Country Championship in London.

The Newham and Essex Beagles athlete won the two-lap 12k race in 35 minutes 56 seconds to finish 11 seconds ahead of Steve Vernon (Stockport Harriers).

"I am absolutely made-up to win the title, my tactics worked perfectly," said the 25-year-old.

Gerrard had only arrived in the UK 48 hours before the race after flying in from Albuquerque, New Mexico, where he had spent six-weeks training at altitude.

I am absolutely made-up with my performance. The race went perfectly

"I knew I was in good shape on the start line and I was there to win, simple as that. The altitude training is really paying off," he added.

"I have been working really hard and the support of Isle of Man Sports Aid and Manx Sport has really helped. To be able to train full time and dedicate myself to training is really showing in the results."

A total of 1,689 runners competed in the 125th running of the Senior Men's Championship at Parliament Hill in London.

Gerrard will now turn his attention to the final round of the UK Cross-Country Championships in Birmingham on 10 March.