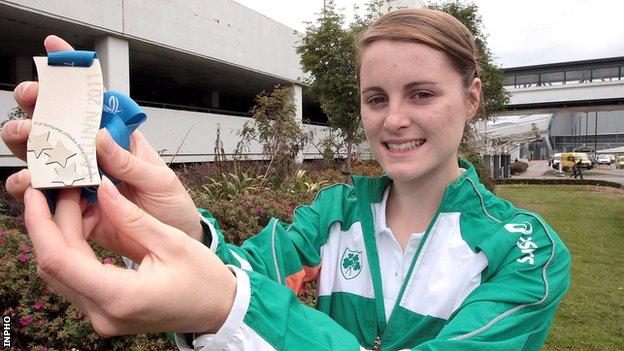 Ciara Mageean made a winning return to action as she triumphed at the Irish Universities Cross Country Championships in Waterford.

Mageean, running for UCD, won by around 250 metres from DCU's Deirdre Doyle with another UCD runner Ciara Everard in third.

Mageean had opted not to run competitively over the winter and spring prior to Saturday's race.

The World Junior silver medallist will be aiming to achieve the Olympic Games 1500m standard in the coming months.

The Monaghan brothers previously helped St Colman's claim under-15 and under-17 titles at the Irish championships.