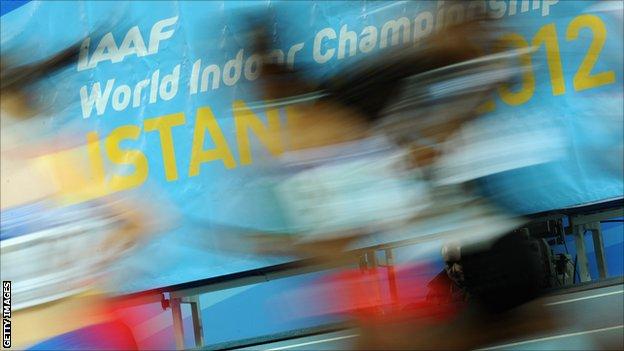 Isle of Wight 400m runner James Forman is targeting the 2016 Olympics after being selected for this weekend's World Indoor Athletics Championships.

Forman, 20, has been picked as part of the 4x400m relay team and believes the experience will be invaluable.

"I feel I can run the 2012 qualifying time but I cannot really control what the other three people are doing."

Forman continued: "Dai Greene, Jack Green and Nathan Woodard have already run the times so they are in contention for it."

The Isle of Wight runner is certain his future lies in the hurdling.

"I am a 400m hurdler and wasn't going to run this indoor season but we decided to have a bit of fun, did some time trials and saw that I was running really well on the flat," he added. "Selection was overwhelming.

"I'm not tall, I'm five foot nine so I am quite compact and that works really well for me indoors.

"But hurdles is my first love and where my future lies. I'm better over the hurdles.

"The Olympic qualifying time is 49.5 seconds and I really think that is realistic. We've just got to keep training hard and hopefully the times will come.

"But I would definitely be willing to settle for the European Championships which are the same year as the 2012 Olympics. If I could get a slot there, that would be fantastic."

"It's nice that the island is getting the coverage it deserves because we've got a good set up down here," he said.